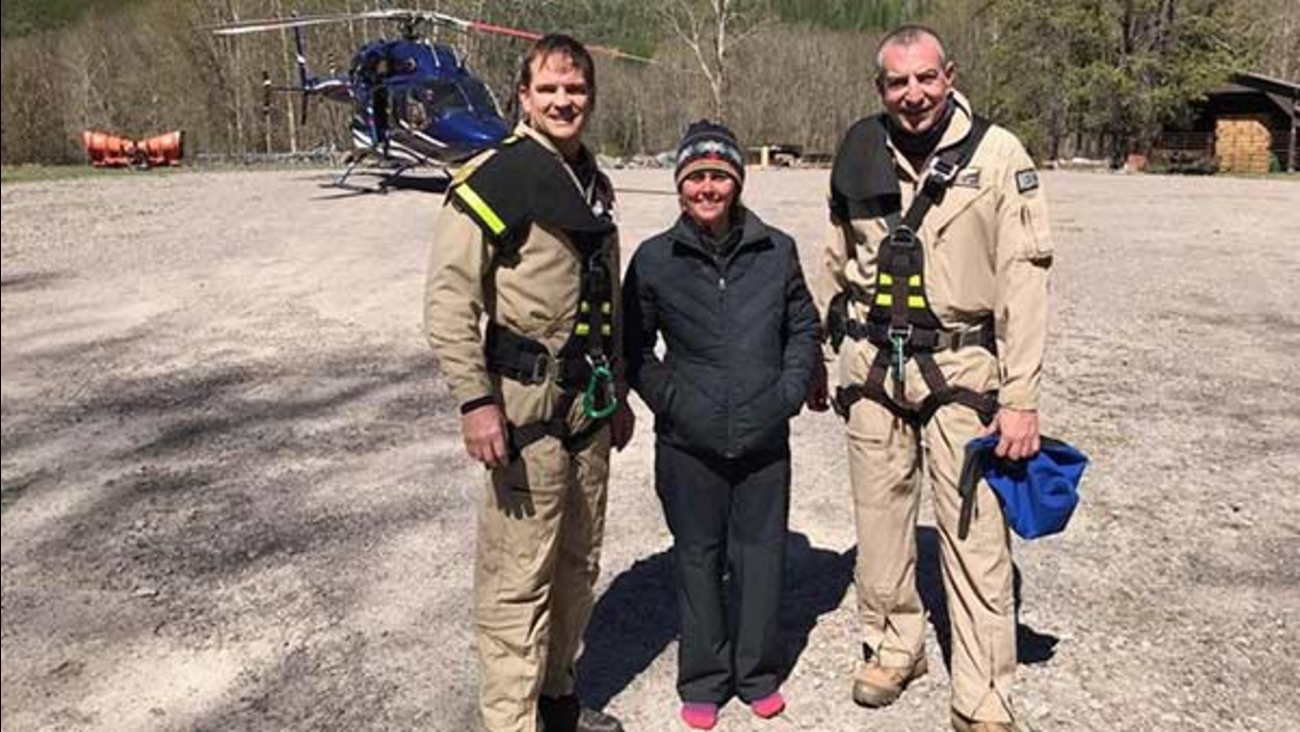 Madeline Connelly, 23, was living in Arizona. Last week, she visited her uncle in Montana on her way to a new job in Alaska, managing a bakery. On Thursday, she decided to go on a hike at Great Bear Wilderness near Glacier National Park with her dog, Mogie, but they never came back.

On Saturday, police launched a full-scale search by air and land. The search intensified after grizzly bear tracks were found in the area, but the Flathead County sheriff said there is zero evidence showing any sign of an attack.

Rescue workers used horses to navigate the difficult and isolated terrain, as well as search dogs and infrared cameras. Her family was confident she was alive and well.

On Wednesday, her family received word she had been found alive, lost in the wilderness. Her dog was was found alive, too.

Five days after a hiker, originally from River Forest, went missing in Montana, parishioners gathered Tuesday at her family's church to pray for her safe return.

"I've hiked it, just a few miles of it, and it's pretty rough terrain. You can get lost pretty quick, so that's what we're assuming happened," said Michael Connelly, the missing woman's uncle.
"It's stressful, but know that she has her dog. They're like best friends," said Lillie Connelly, sister.

Her parents traveled to Montana to help in the search.

"She is an outdoors girl. She is outdoors as often as possible. She loves it. It's where she's most comfortable," said Laura Maychruk, who lives near the Connelly family in River Forest.

Her sisters said they're familiar with the trails she was on and were confident if anyone can survive them, it's her.

"We're comforted knowing that she's been out there before and she knows what to do. And she knows what to stay away from and what danger to expect," said Maeve Connelly, sister.
"We're hopeful that Madeline's going to come back, really healthy, and they're going to find her. That's what's so great about River Forest and this community. We're all really just praying and rooting for her," said Ximena Leonardi, who knows the Connelly family.