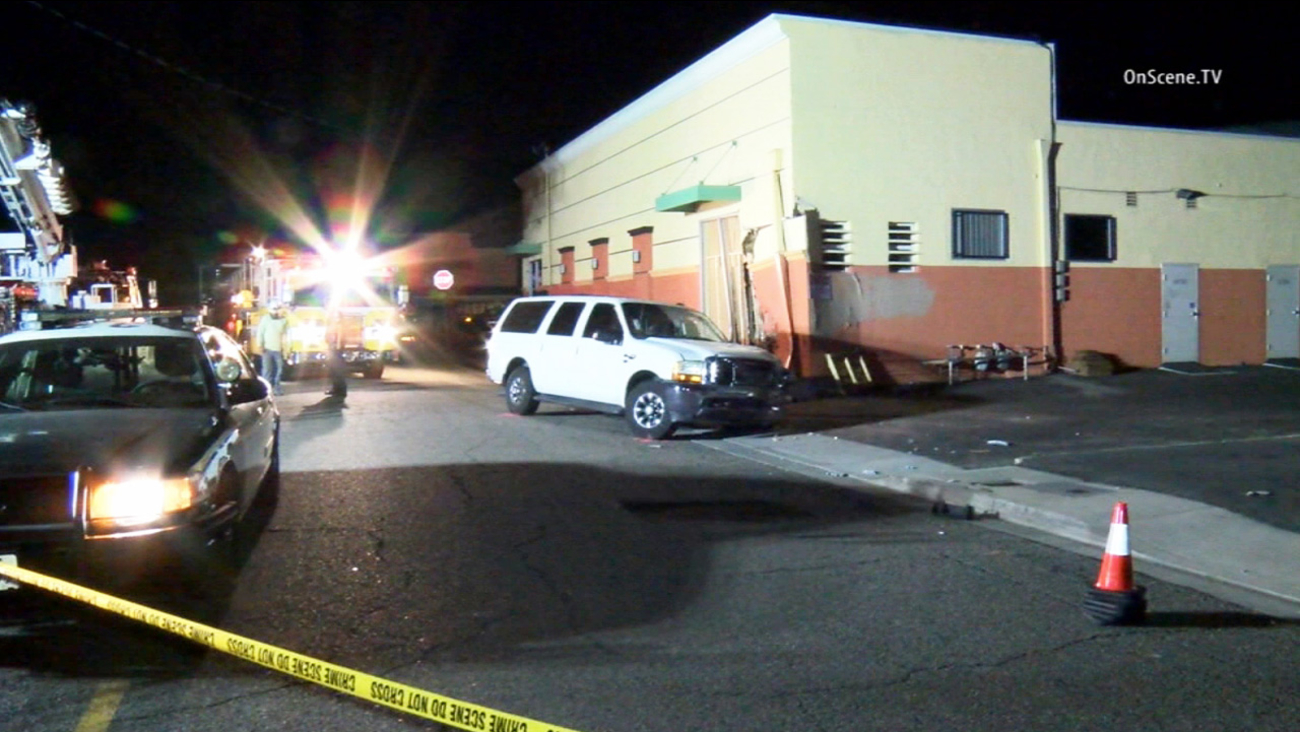 Garden Grove police investigate a hit-and-run crash near the intersection of Garden Grove Boulevard and Benton Avenue Tuesday, May 5, 2015.

GARDEN GROVE, Calif. (KABC) -- A suspect behind a stolen SUV struck a pedestrian, crashed into a building and then fled on foot in Garden Grove Monday.

The hit-and-run occurred near the intersection of Garden Grove Boulevard and Benton Avenue at about 9:30 p.m.

The victim told police he was walking when the Ford Excursion hit him, "knocking him several feet in the air," Garden Grove police Lt. Jeff Nightengale said.

The SUV then crashed into a building at 10702 Garden Grove Boulevard, causing major damage.

The victim was transported to UCI Medical Center in Orange with serious injuries and the building was red-tagged.

The suspect was described as a black man wearing a gray hooded sweatshirt and blue jeans, Nightengale said.

The investigation is ongoing. Anyone with further information was urged to contact the Garden Grove Police Department at (714) 741-5704.