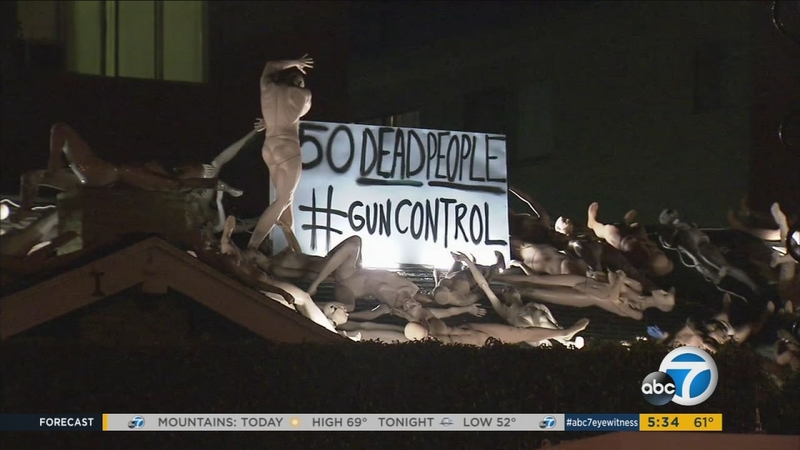 HOLLYWOOD, LOS ANGELES (KABC) -- A Hollywood artist set up an eye-catching display in the wake of the deadly nightclub massacre in Orlando that left at least 49 people dead early Sunday.

Chad Michael positioned naked mannequins on the roof of a building at Orange Grove and Fountain avenues.

Most of them were lying down, but one was standing up, appearing to shield itself.

In the middle was a sign that read: "50 dead people. #GunControl."

The exhibit was called "No One is Safe".

"I want people to see what 50 dead bodies look like in mass. And I thought it would be something that hopefully evokes emotion and feeling and empowerment and change for the subject," Michael said.

The attack was the deadliest mass shooting in U.S. history.