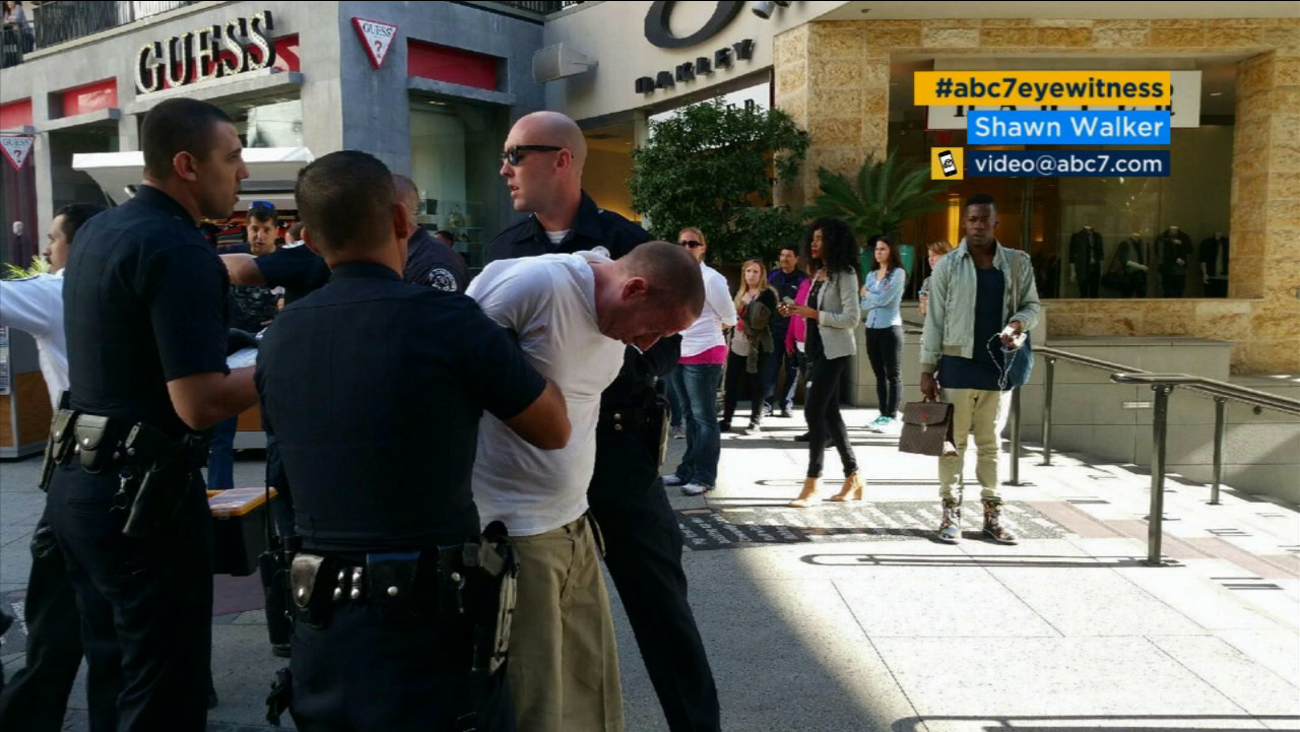 Donald Offerman, 54, is arrested at the Hollywood and Highland Center on Wednesday, Nov. 18, 2015 after police said he attacked a Russian tourist and his family with a knife.

LOS ANGELES (KABC) -- A man who police said stabbed a Russian tourist in the neck at the Hollywood and Highland Center could face life in prison, according to court documents.

Donald Offerman, 54, came up from behind a family as they walked up a flight of stairs at the center and slashed the Russian man on Wednesday, according to the prosecutor's office.

Prosecutors said Offerman then attempted to attack the man's wife and two children, swinging the knife at them several times.

That's when the Russian man attempted to stop Offerman and was cut again as his family ran away, prosecutors said.

Two New York police officers, who were in town for work-related reasons but off-duty, just happened to be walking out of a Starbucks and witnessed the attack. They were able to subdue Offerman at gunpoint.

Offerman has been charged with one count of attempted murder and four counts of assault with a deadly weapon.