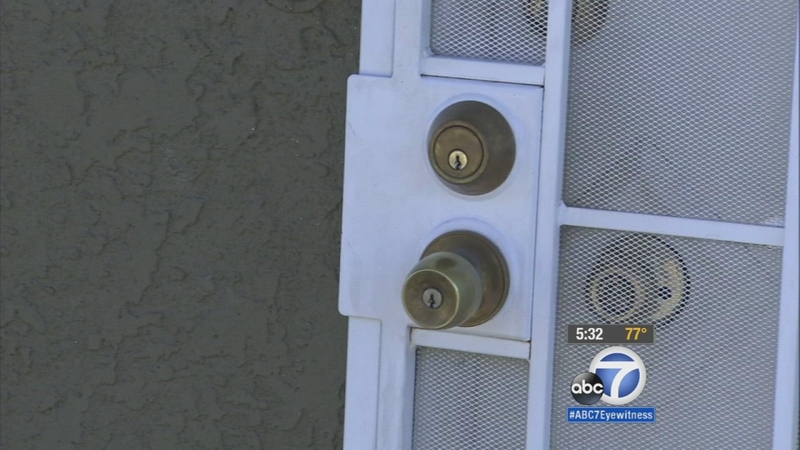 The robberies happened shortly after noon in the 18600 block of Corby Avenue, according to officials from the Los Angeles County Sheriff's Department's Lakewood Station.

In the first incident, an 87-year-old man and his 85-year-old wife were taken to the hospital after they were robbed and beaten.

Their daughter, Jaspal Mann, said her parents were returning home from the doctor's office when they walked in on the robbers.

Residents in a neighboring unit said they were robbed as well, but not injured.

The victims in both incidents said the suspects got away with mostly jewelry.