The LAPD held the meeting Thursday night at Westminster Avenue Elementary School, which included heated and emotional discussions with officers and local politicians.

"The sad thing is to know that it could happen to anybody, any one of the homeless people out there," said Jesse James of Venice.

The shooting occurred near Pacific and Windward avenues near the beach late Tuesday night. The transient, identified as Brendon Glenn, was shot and killed by an LAPD officer who was responding to a call about someone "disturbing the peace."

Eyewitness News has learned that the suspect was at a bar and had "words" with the two officers earlier that night, but the officers left the scene. Friends of Glenn said he was panhandling, but police said he was disturbing the peace.

After the officers spoke with Glenn, he walked away in the direction of the boardwalk.

Eyewitness News has learned the suspect was later involved in a fight at the bar with the bouncer and the same two officers returned and had an encounter with the suspect.

Eyewitness News has learned surveillance video appears to show the suspect saying something to one of the officers, and the two officers take the suspect partially to the ground. In the video, it appears the officers have Glenn in their control.

The video then shows an officer drawing his gun and appears to show the second officer backing off when he realizes his partner has drawn his weapon, then two shots are fired.

Eyewitness News has learned the suspect was shot twice in the side.

After viewing surveillance video of the shooting, LAPD Chief Charlie Beck raised questions about the need for deadly force.

His comments have angered the Los Angeles Police Protective League, a union that represents police officers. Members claim it is too early to suggest the shooting was improper.

What led to the altercation between Glenn and the two officers is still under investigation. The officer who shot Glenn suffered an injury to his knee and was seen on crutches shortly after the shooting.

He was put on medication as a result of the injury and investigators have not been able to interview him about the incident for that reason. Both officers involved in the shooting have been taken off the street and will remain off patrol pending the outcome of the investigation, Beck said Wednesday.

"We're trying to create hope here, in a community that's sad and scared, that there can be a better life for everyone, and I hope the best thing that could come out of this tragic event is that we can do something good and save some lives tonight," said Lauri Burns, founder of Teen Project. 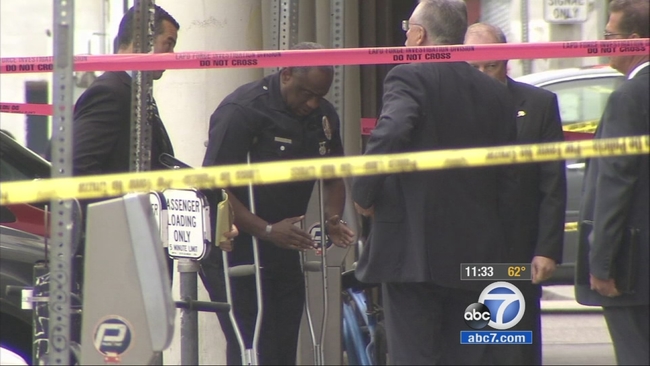 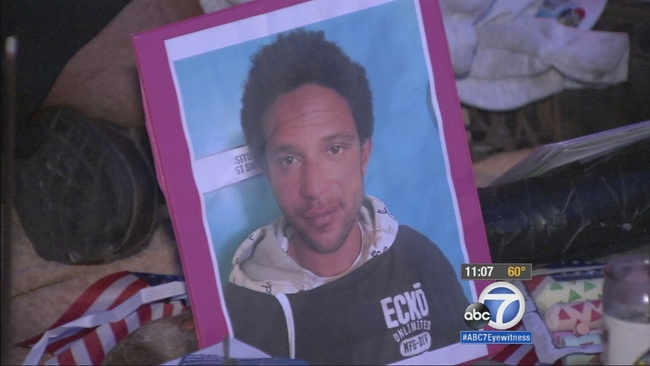