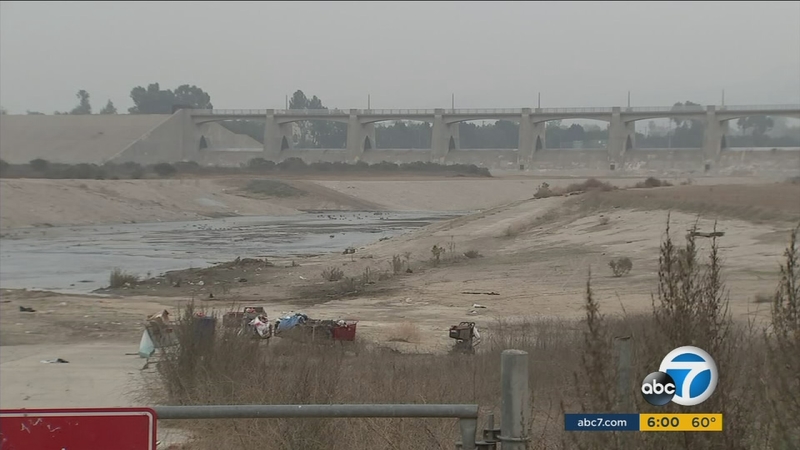 ENCINO, LOS ANGELES (KABC) -- With a heavy storm approaching Southern California, authorities are warning the homeless who encamp near the Los Angeles River to seek higher ground or face the risk of getting caught up in flooding.

There are several homeless encampments along the river. When a storm approaches, the Los Angeles Police Department and city parks officials patrol the river, announcing over a bullhorn for people to evacuate.

About three weeks ago, the Los Angeles Fire Department's swift water rescue team pulled four people from an island in the river who hadn't evacuated before the rain came. At its peak, the river can move up to 35 mph, firefighters say.

"You have to calculate how fast they'll go down the river and you have to put fire companies at each of those locations down river just in case they are actually in the water and moving," said Capt. Daniel Curry with LAFD.

The Union Rescue Mission says it will send a van to pick anyone up in the rain who needs a dry, warm place for the night. Winter shelters are available in downtown Los Angeles, Santa Clarita, Bell and other parts of Southern California, officials said.

Floodwaters can also impact motorists. Fire officials cautioned drivers to avoid roads covered with water rather than trying to drive through them.