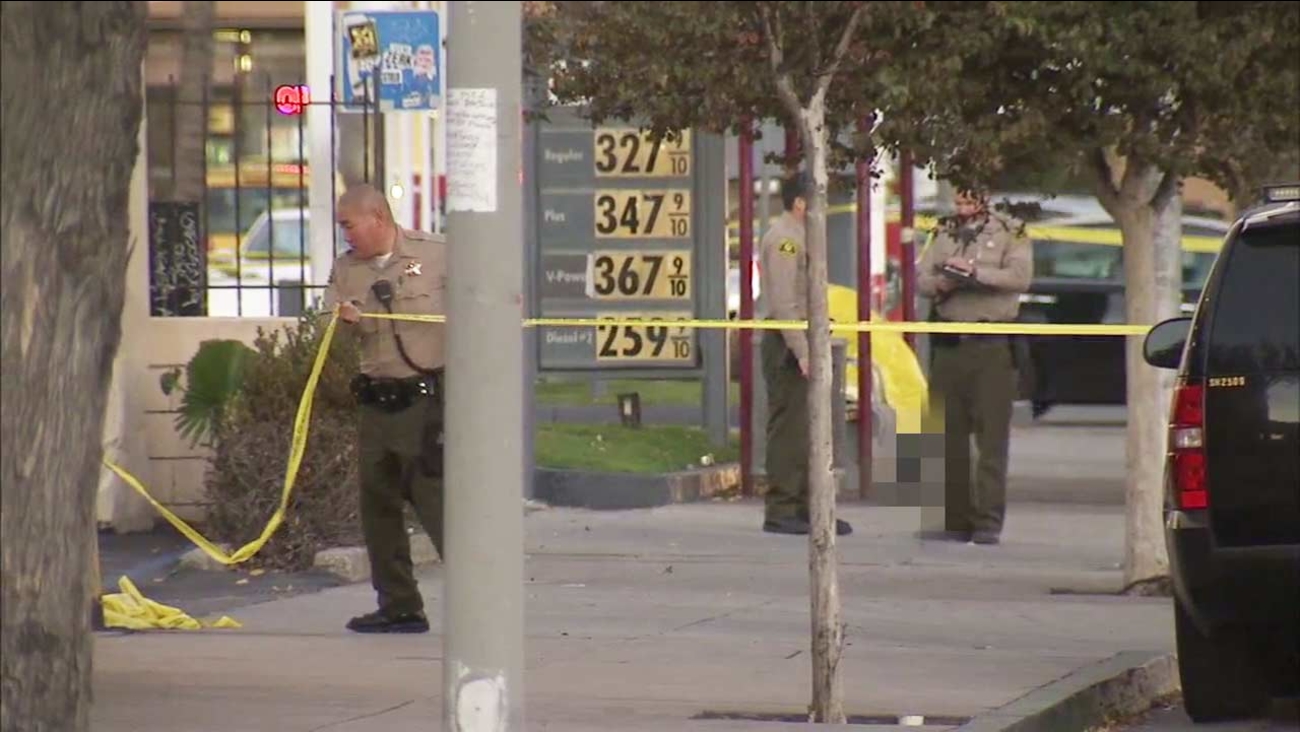 Deputies investigate a scene in Lynwood where the body of a man was found at a bus stop on Saturday, Dec. 26, 2015.

LYNWOOD, Calif. (KABC) -- Homicide detectives are investigating the scene where a body of a man was found at a bus stop in Lynwood.

The body of an adult male was discovered around 3:45 p.m. in the 11100 block of Long Beach Boulevard.

Deputies responded to reports of a "person down" at the bus stop, and when Los Angeles County fire officials arrived, the victim was pronounced dead at the scene.

The victim was described as a 40-year-old Hispanic man. Detectives later said he appeared to have sustained trauma to his upper body.