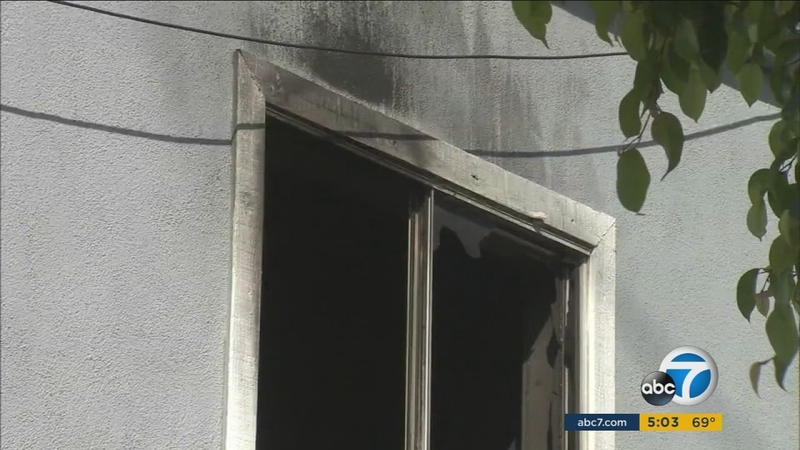 SEAL BEACH, Calif. (KABC) -- A house fire in Seal Beach that left one man and his dog dead is being investigated as a homicide and arson, according to investigators.

Officials confirmed Monday the house fire that killed 67-year-old John Donnelly and his dog, Eddie, may have been caused by an incendiary device used to start combustibles at the home.

The fire broke out early Saturday morning in the two-story multi-family dwelling in the 200 block of 17th Street, according to the Orange County Fire Authority.

Investigators said Donnelly was trapped on the second floor in the surrounding blaze but due to the amount of debris in the home, he and his dog died in the fire.

Neighbors and loved ones left mementos of the man, who many said was an animal lover and volunteered at the Seal Beach Animal Care Center.