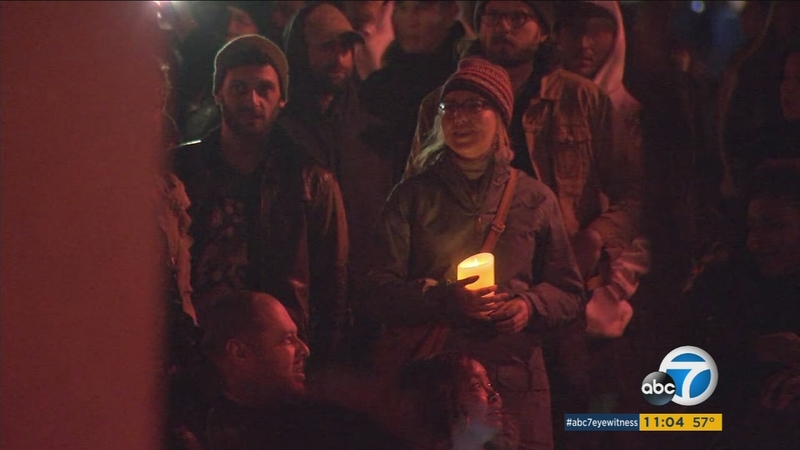 So far, 36 people have been killed in the fire, but the number could go up as fire crews continue to comb through the building remains. Many of those people who died were artists or musicians, including 34-year-old visual artist Jonathan Bernbaum.

The USC graduate was listed among the missing, as is Vanessa Plotkin. Late Monday night, authorities released the names of 10 more people, bringing the total to 17 of the 36 killed being identified.

"It's a very small community of people who produce music and ravers that were hit really hard by this tragedy," Christopher Elrod said.

A vigil was also held for Bernbaum on the USC campus. Friends gathered to remember a creative, loving visual artist.

Friends gathered together on the USC campus Monday night to honor Jonathan Bernbaum, a 34-year-old who was killed in the Oakland warehouse fire.

Bernbaum was well-known within the international electronic music scene. He was performing at the Oakland collective the night of the deadly fire.

The fire broke out around 11:32 p.m. A party at the artist collective known as the Ghost Ship erupted into an inferno. The area became a potential crime scene after the Alameda County district attorney announced an investigation into the deadly blaze.

Until then, recovery efforts continue. A photo from inside the fire-ravaged warehouse showed firefighters remove debris bucket by bucket.

"It's an awful deal knowing that the family and loved ones have lost so many people at such a young age for no reason. This could have been avoided," said Sheriff Greg Ahern with the Alameda County Sheriff's Department.