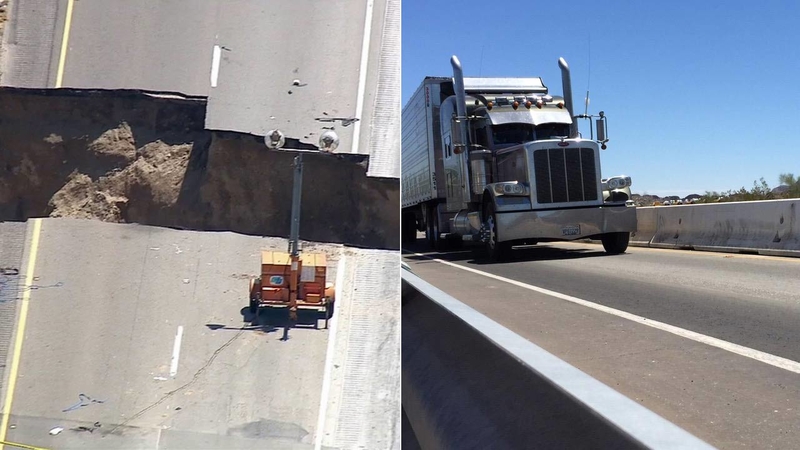 DESERT CENTER, Calif. (KABC) -- One side of the Tex Wash Bridge on Interstate 10, which suffered heavy damage during the recent storm, reopened to limited traffic on Friday.

The partial reopening of a 50-mile stretch of the bridge comes five days after floodwaters tore through the area.

The surge of water barreled down a gully on Sunday, carving away the soil under the concrete bridge supports. The eastbound span buckled into the gully and a driver was seriously injured. 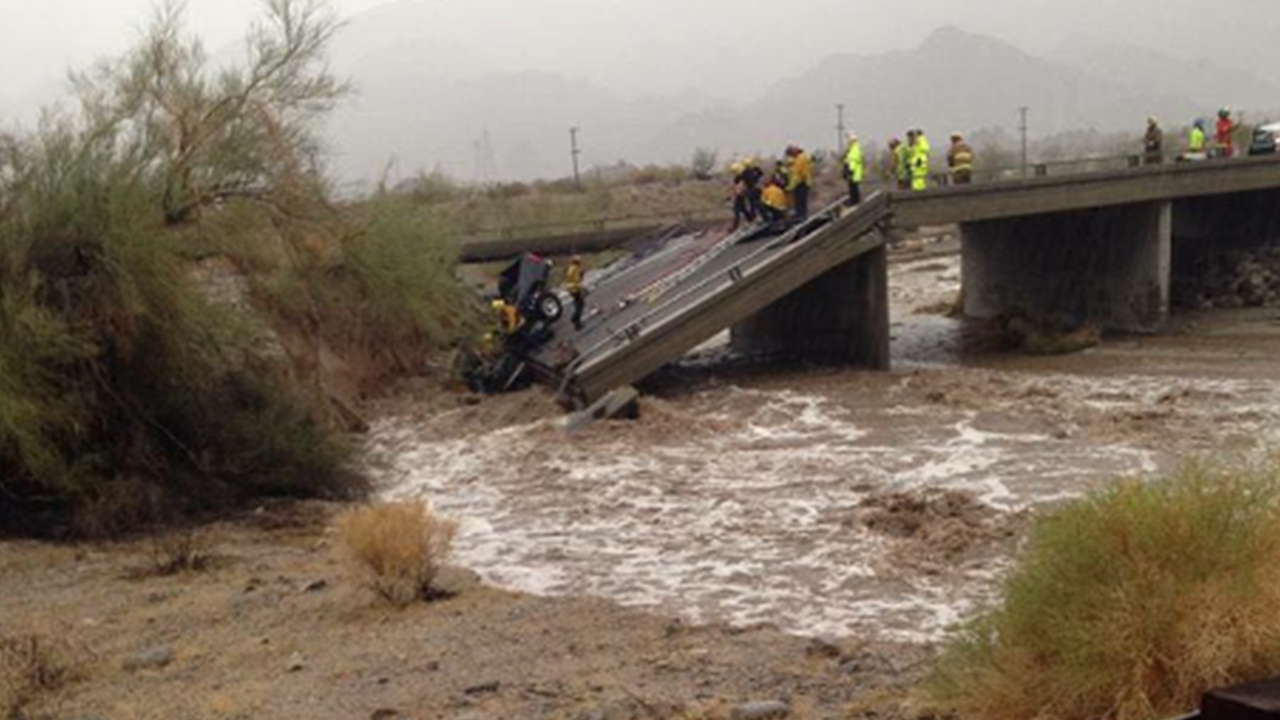 Caltrans officials said they were able to expedite repairs and construction at the site through an emergency declaration.

The reopening is welcome news for travelers and truckers, but traffic bottlenecks will remain. The California Department of Transportation said delays as long as half an hour can be expected at peak travel times, including Friday evenings and late Sunday afternoons.

Starting Friday, eastbound traffic began using a temporary cross-over lane that put motorists on a westbound lane, providing one lane of traffic in each direction over the wash with a speed restriction of 45 mph.

Caltrans crews have been working around the clock since the collapse. They had to shore up the westbound bridge over the wash after there was some soil erosion that threatened to also undermine the roadway there. The workers have focused on pouring concrete and placing new flood protection boulders.

The closure of Interstate 10 from the Coachella Valley to Arizona severed a major transportation artery, which made getting the roadway reopened a priority.

"I hold it up to anybody to say how we could have done this any better or any quicker," said Riverside County Supervisor John Benoit. "We will have other natural disasters. And some of them, you can't engineer around. And when they occur, this kind of cooperation is going to be critical to getting the economy back on its feet."

While the westbound side of the bridge opens one lane in each direction, the eastbound side still requires heavy repair and will likely not be back open until September.

Caltrans has not said how much it projects the total repair and reconstruction costs will be. 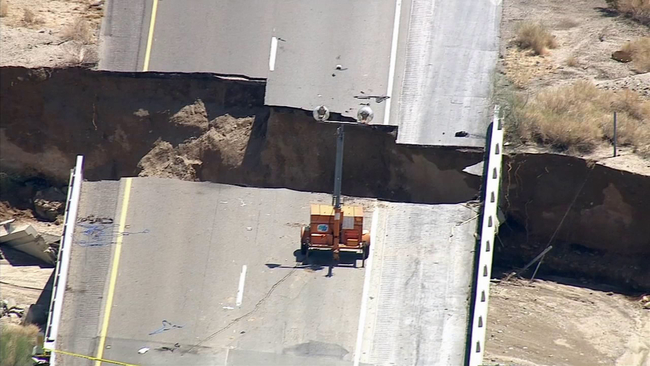 I-10 to reopen Friday after bridge collapse 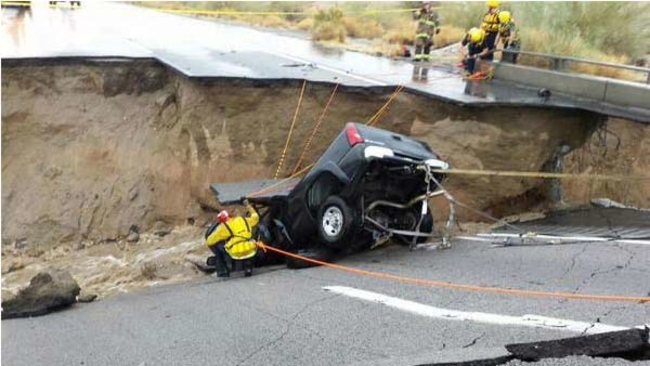 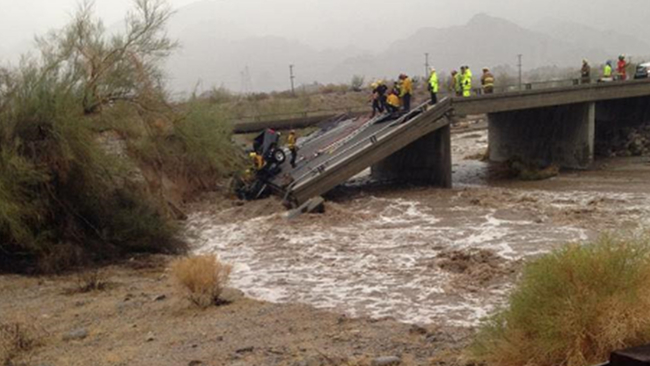