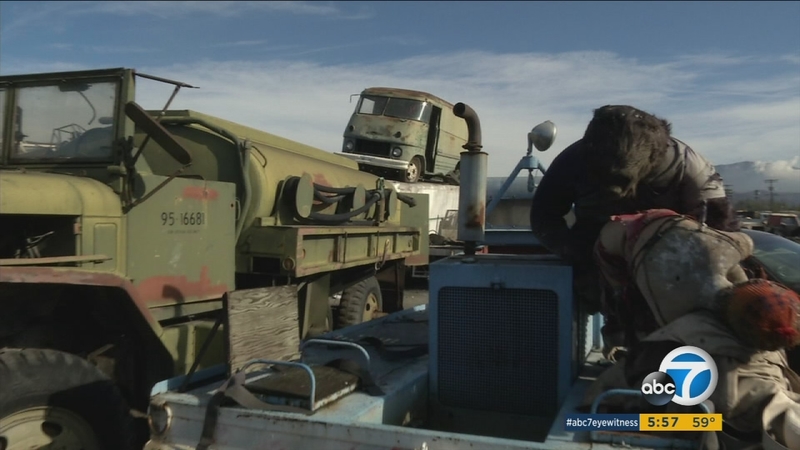 The junkyard was full of iconic items and not only housed Hollywood history, but became part of it. The site became a production location.

Nathan Aadlen, owner of Aadlen Brothers Auto Wrecking, said many productions took place at the junkyard over the years.

Not only has the lot turned into a location spot, it also houses some of Hollywood's most memorable items.

"It's tied to the movie 'Jaws' in that it was made from the mold that made the three sharks that were actually used in the movie. Some 'Mad Max' looking cars that have been in music videos," Aadlen said.

But soon, the 26-acre spot will close. The land will either be rented or sold, Aadlen said. For now, everything on the lot is up for sale.

Aadlen said it no longer pays to run the operation, but he said it had been "a lot of fun" while it lasted.