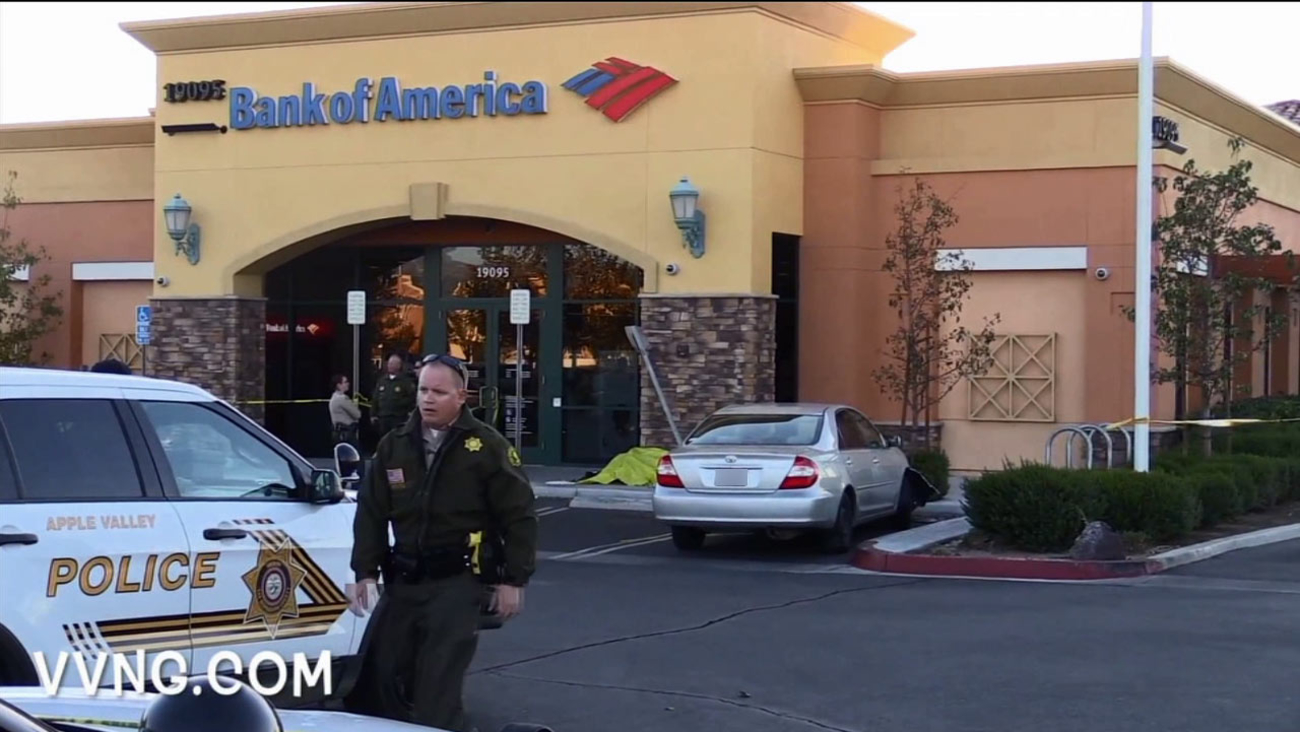 A law enforcement officer investigates the scene of a fatal crash in Apple Valley on Tuesday, Nov. 10, 2015. (VVNG)

APPLE VALLEY, Calif. -- A security officer was killed in a freak accident outside of a Bank of America branch in Apple Valley.

An 86-year-old woman in a Toyota Camry was trying to park outside the bank around 3 p.m. Tuesday in the 19000 block of Bear Valley Road when she accidentally stepped on the gas pedal instead of the brake, sheriff's investigators believe.

She rammed her car over the curb and struck the security guard, who was pronounced dead at the scene.

The driver was not injured.