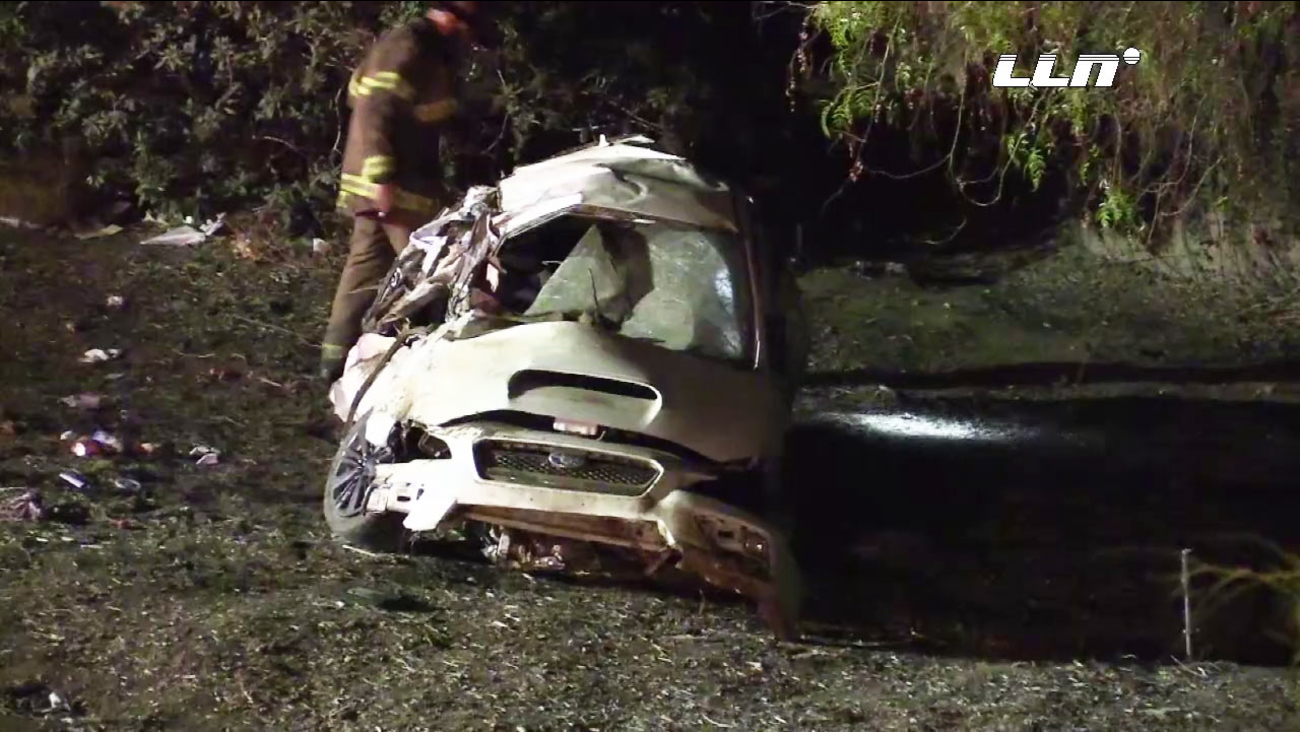 A 27-year-old woman and a 3-year-old girl were killed following a solo-vehicle crash in Eastvale on Thanksgiving, Nov. 27, 2015. (LOUDLABS)

EASTVALE, Calif. (KABC) -- A 27-year-old woman and a 3-year-old girl were killed following a solo-vehicle crash in Eastvale on Thanksgiving.

According to the California Highway Patrol, the woman, identified as Brittney Gambale of Fontana, was driving southbound on the 15 Freeway just north of Limonite Avenue around 10:30 p.m. Thursday when her car lost control for an unknown reason, veered over the right shoulder and up an embankment, striking a concrete bridge crossing and then overturned.

A 27-year-old woman and a 3-year-old girl were killed following a solo-vehicle crash in Eastvale on Thanksgiving, Nov. 27, 2015.

Both Gambale and the child, identified as Mackenzee Sarenana also of Fontana, were ejected from the car. Gambale died at the scene. The girl was transported to a local hospital, where she was pronounced dead.

Authorities did not immediately indicate if the two victims were related.

No other injuries were reported. The cause of the accident was under investigation.

Multiple lanes of the 15 Freeway were shut down for the investigation, but all lanes have since reopened.
Related topics:
eastvaleriverside countycar crashtraffic fatalitieschild deathwoman killed
Copyright © 2020 KABC-TV. All Rights Reserved.
More Videos
From CNN Newsource affiliates
TOP STORIES