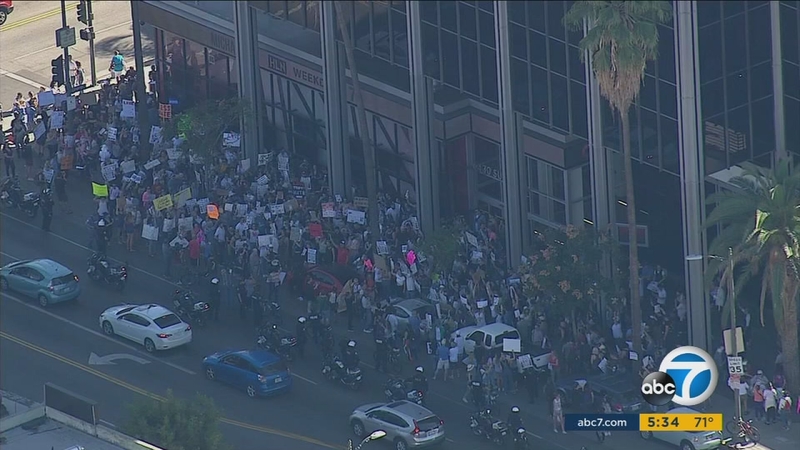 LOS ANGELES (KABC) -- The election of Donald Trump as president is triggering questions about immigrants' rights and how they may change in the new administration.

Immigrants' rights groups say they are getting flooded with questions, especially from young people who are benefiting from programs that allow those brought to the country illegally as children to avoid deportation.

"There has been much anxiety, much concern, understandably in the immigrant community throughout the United States about what a Trump administration may choose to do in the area of immigration enforcement," said Thomas Saenz, with the immigrants' rights group MALDEF.

MALDEF released a fact sheet to help people navigate issues around a Trump presidency. It looks at questions such as whether now is a good time to apply for a federal deferment program and whether applicants should fear being deported under the new administration.

"We are prepared now to step forward and challenge federal policy and practice that may violate the Constitution and that would entrench on the rights of immigrants including Latino immigrants particularly across the country," Saenz said.