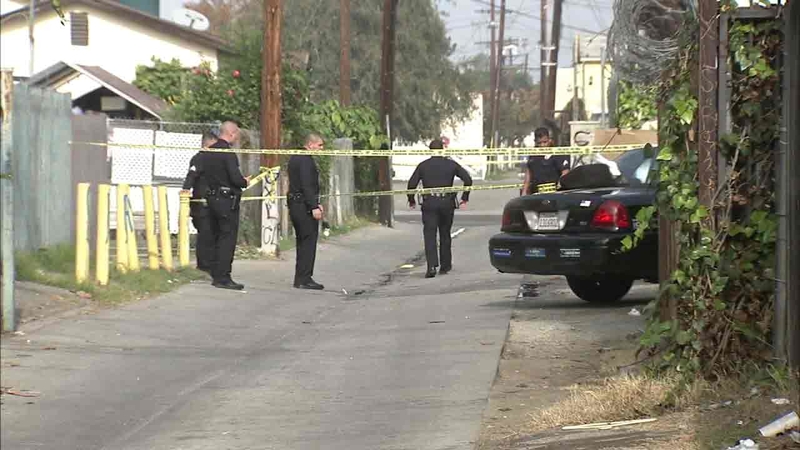 SOUTH LOS ANGELES (KABC) -- Two people, including an innocent bystander, were shot and killed in a drive-by shooting in South Los Angeles on Saturday, and police were on the hunt for their killers.

Los Angeles police said they discovered two men with fatal gunshot wounds in an alley behind an apartment complex on 76th and Main streets at about 10:30 a.m.

Details on what led up to the shooting were not immediately clear, but authorities said one man was the intended target and an innocent bystander, later identified by family members as Antonio Bonilla, was not.

Friends said Bonilla was working in the alley when the gunfire erupted. They described him as a hardworking father of three who was never involved in gangs.

No suspect information was released but witnesses described seeing a black truck and white SUV flee from the scene.