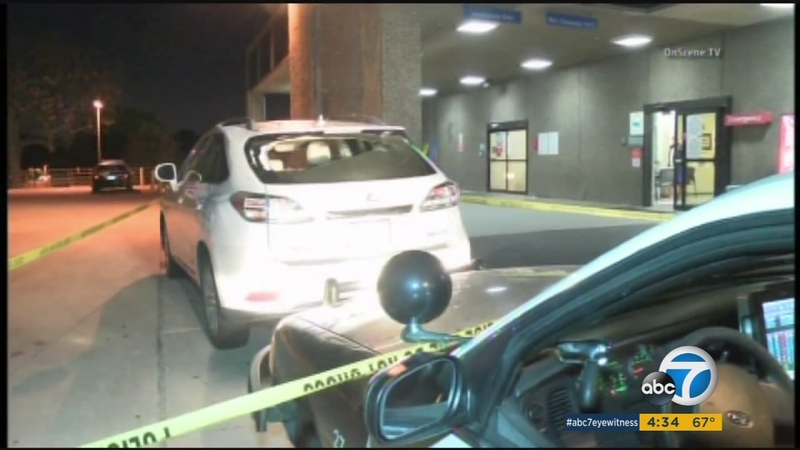 GARDEN GROVE, Calif. (KABC) -- Police are looking for the gunman who shot an innocent bystander in the neck in Garden Grove.

The incident happened shortly before 10 p.m. Sunday in the 11200 block of Westminster Avenue.

Authorities said the victim was driving westbound on Westminster Avenue from Newhope Street when someone in another vehicle opened fire.

The man's wife, who was also in the car, took him to the hospital for treatment. The couple's 10-year-old son was in the backseat. Garden Grove police said the man was treated for a non-life-threatening bullet wound to the neck and cheek area.

Investigators believe the shooting may be connected to a street race between two vehicles. The rear windshield of the victim's car was also shot out.

Witnesses said they heard several gunshots in the area. Investigators also found one bullet casing on the street and inside the victim's cars.

Police said the gunman may have been in a newer-model white Cadillac Escalade. Anyone with information is asked to call the Garden Grove Police Department at (714) 741-5704.
Related topics:
garden groveorange countyshootingman shot
Copyright © 2021 KABC-TV. All Rights Reserved.
More Videos
From CNN Newsource affiliates
TOP STORIES