Investigation continues where San Bernardino suspects were gunned down 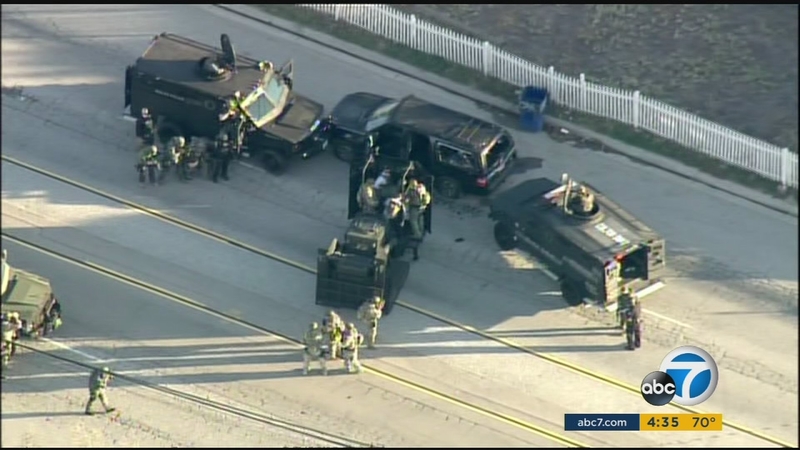 Investigation continues where San Bernardino suspects were gunned down

SAN BERNARDINO, Calif. (KABC) -- Residents were forced to stay inside their homes as an investigation continued Thursday at the scene of a shootout between police and the alleged San Bernardino gunmen.

Over 24 hours after the massacre, neighborhood homeowners were shocked they were still forced to either stay inside their houses or remain away from the shooting scene, located at the 1700 block of San Bernardino Avenue.

Residents along the stretch of the street were told not to leave while the gun battle raged Wednesday afternoon, and many were left outside the police perimeter, not allowed to return to their families near the gunfire.

Jesus Gonzalez said his wife was the only one home when the barrage of shooting started.

Margarita Lopez and her husband Cesar Andrades managed to get away with their 2-year-old son after the gun battle stopped.

San Bernardino Sheriff's Department deputies were able to escort only some residents who live far enough from the scene back to their houses.

Meanwhile, families said the gunfire was something they will never forget.