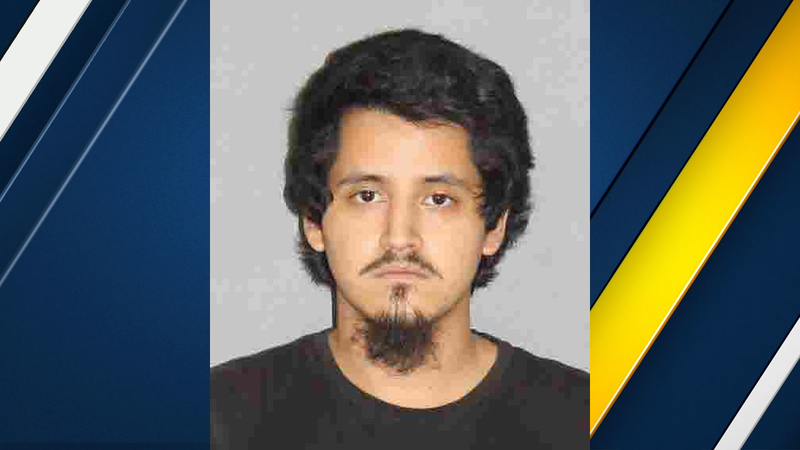 IRVINE, Calif. (KABC) -- A HomeGoods store employee in Irvine was arrested on suspicion of taking inappropriate photos of female customers, and authorities believe there may be more victims.

On Saturday, Irvine police responded to the retail store in the 6200 block of Irvine Boulevard. A female customer said she was shopping when she felt her skirt move. When she looked back, she saw the suspect holding a cellphone faced toward and up her skirt.

She confronted the employee, identified as 22-year-old Irvine resident Matthew Torres, and he ran toward a restricted area of the store.

When officers arrived, they made contact with Torres, who then admitted to the activity and consented to a search of his phone.

Authorities found hundreds of inappropriate photos, and the victim was able to identify herself in one of them. Torres was taken into custody after the woman signed a citizen's arrest form.

"There were hundreds of photos that we're looking at on his cellphone. Potentially there could be at least 100 victims at this point," said Kim Mohr with Irvine police.

A spokesperson for the store released a statement regarding the incident.

"The safety of our customers is always a top priority at HomeGoods," the statement said. "We are appalled by this situation and are fully cooperating with law enforcement."

Any female customers who visited the store since September and believe they may be a victim are urged to call Detective Sarah Tunnicliffe at (949) 724-7170 or by email at stunnicliffe@cityofirvine.org.
Related topics:
irvineorange countyarrestphotoscustomerretail
Copyright © 2021 KABC-TV. All Rights Reserved.
TOP STORIES
CDC document warns Delta variant spreads as easily as chickenpox
Corona movie theater shooting suspect to appear in court Friday
Man beaten outside NoHo hookah lounge says attack was a hate crime
LAUSD to require COVID-19 testing for all students, staff
Garcetti signs plan to restrict homeless camps
Mother, infant ejected from vehicle in Torrance crash
Lakers to acquire Russell Westbrook, ESPN reports
Show More
Great Park dropping reference to Orange County in its name
Dodgers finalizing deal to acquire Scherzer, Turner
TSA teaching airline workers to defend themselves
Video: Fight breaks out on 60 Freeway in Ontario after crash
How to convince someone to get the COVID-19 vaccine
More TOP STORIES News