KABC
By Jory Rand
LOS ANGELES (KABC) -- Itai Anghel, a lanky, Israeli filmmaker, has a beachfront apartment in Tel Aviv overlooking the Mediterranean Sea, yet he repeatedly leaves his home to visit some of the most dangerous and volatile places on Earth.

He's traveled to places such as Bosnia, Rwanda, Iraq and Syria. Why does Anghel continue to revisit these dangerous areas?

Anghel's latest film brought him to the front lines in the war against ISIS in Syria, even coming face to face with captured ISIS soldiers. He's come a long way from his first war assignment in Bosnia back in the early 1990s.

"After spending 20 minutes, I decided that this is not for me," he said. "This profession is not for me. There were snipers all around the city and I had to run away."

Yet, he slowly gathered his courage and went out into the field, and a war correspondent was born. Time and again, Anghel would head to the front lines of war, covering conflicts across three continents. But he would soon wind up filming in places where he was no longer considered a journalist, but an enemy.

"All those [other] places, I could go as an Israeli," Anghel said. "But when you go to Pakistan and Afghanistan and later on to Iraq and Syria, obviously if someone finds out who I am, I am in really big trouble."

While he would come across some of the most feared and deadly people in the world, at times, something amazing would happen.

Along the way there have been some extremely close calls, including one incident in Lebanon.

"There was one time in Lebanon, we were fired upon by Hezbollah," Anghel said, "An RPG, it hit the wall beside me, but it didn't explode."

"The one technique in order to make your mother calm, is to give the satellite phone to a local to talk to her, and immediately they're laughing," he said.

Still, while most people run away from war zones, Anghel runs into them. War has been a fact of life for Israelis for decades.
Related topics:
exclusiveisismovieterrorismu.s. & world
Copyright © 2020 KABC-TV. All Rights Reserved.
RELATED 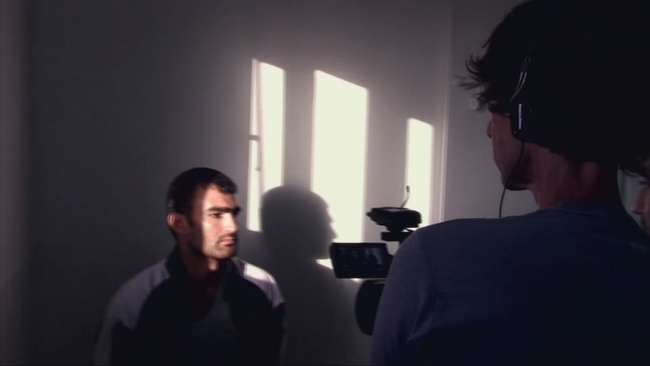