KABC
HOLLYWOOD, LOS ANGELES (KABC) -- "Jackass" stuntman Steve-O was released from police custody Monday morning after being arrested for climbing to the top of a crane in Hollywood.

He was released shortly before 11 a.m. after posting $5,000 bail on suspicion of trespassing.

Los Angeles fire officials reported a man climbed to the top of a crane at about 8 p.m. Sunday at a high-rise building construction site in the 6000 West Selma Avenue.

Firefighters and Los Angeles police responded to the scene and prepared an air rescue cushion. More than 80 firefighters, five ambulances and a helicopter were deployed. The man was later identified as Steve-O.

He documented his stunt on social media, even livestreaming on Facebook. He had announced on Saturday that he was going to perform a "dangerous stunt." While he was on the crane, he had an Orca inflatable with the words "SeaWorld sucks" written across it.

"I did it to put my foot down for Shamu," Steve-O said with a laugh. 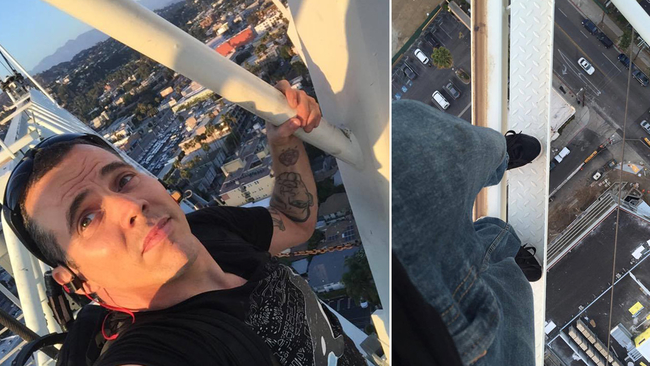