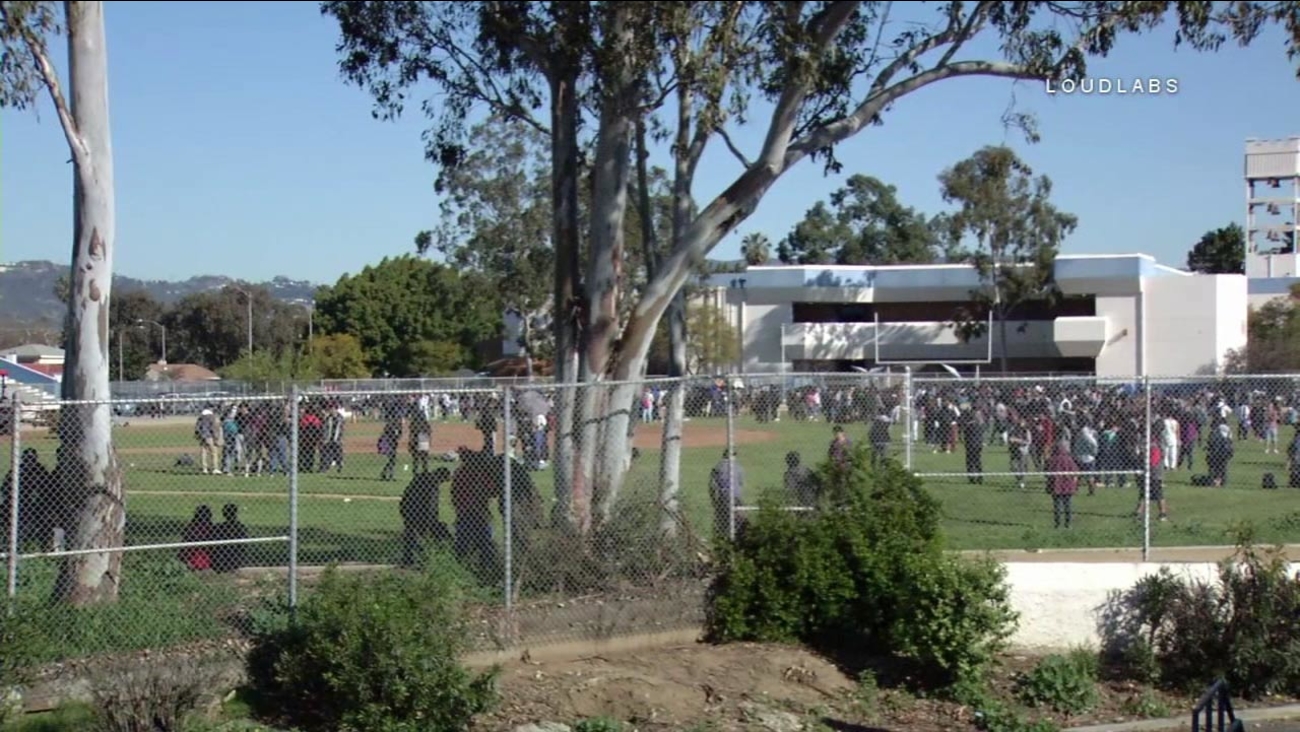 Students at Los Angeles High School were evacuated to the football field following a bomb threat on Wednesday, March 1, 2017.

Police responded to the campus in the 4600 block of West Olympic Boulevard just after 8 a.m. Officers are canvassing the campus, looking for anything suspicious.

Some 300 students have been waiting in the football field. Police have not specified the nature of the bomb threat.