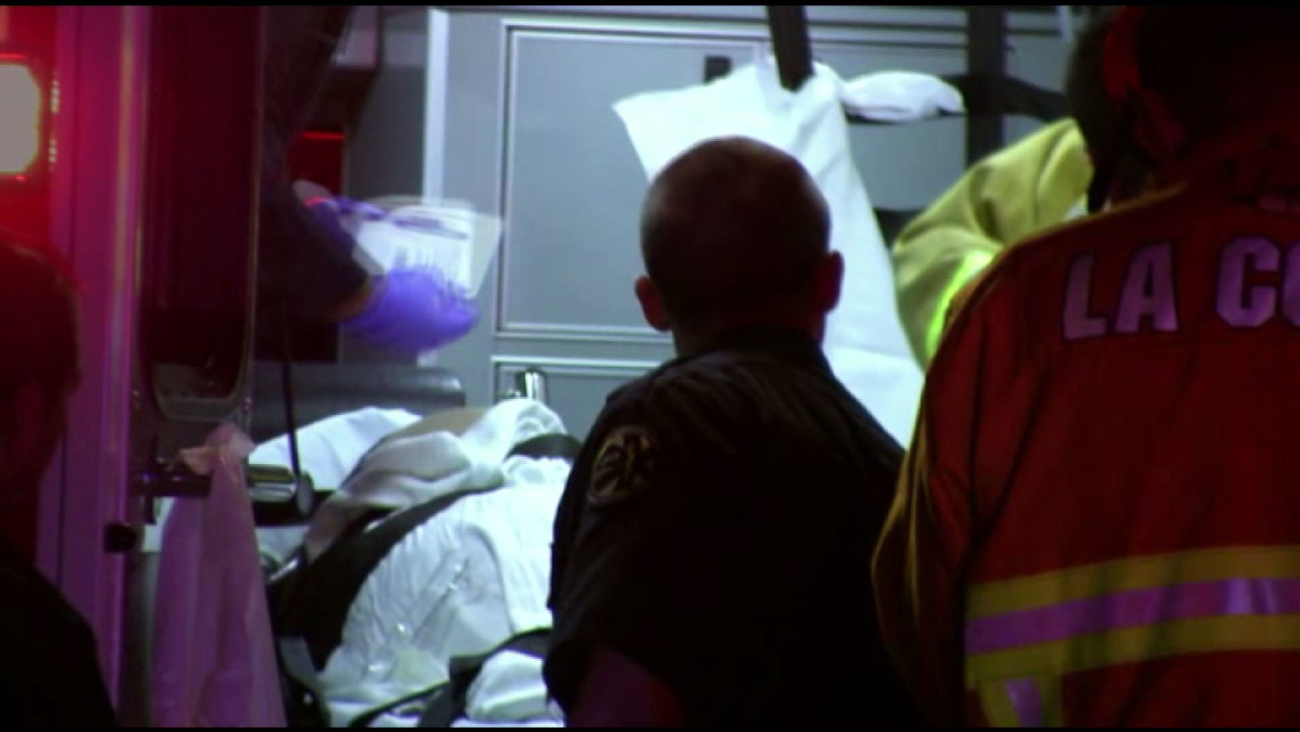 Firefighters help transport a child to a hospital after an attic fire in Lake Los Angeles on Friday, March 10, 2017.

LAKE LOS ANGELES, Calif. (KABC) -- A child was in critical condition after suffering severe burns in a house fire in Lake Los Angeles.

Los Angeles County firefighters responded to the blaze about 11:30 p.m. in the 40600 block of 174th Street East. When crews arrived, they found an attic engulfed in flames and three victims in the home.

One of three victims was a child, who appeared to be about 3 years old, fire officials said. The toddler was severely burned and hospitalized in critical condition. A man and a woman were treated for smoke inhalation, officials said. It was not known if the victims were related.

Fire officials said it took 35 firefighters to knock down the fire in 30 minutes, which was contained to the attic area.