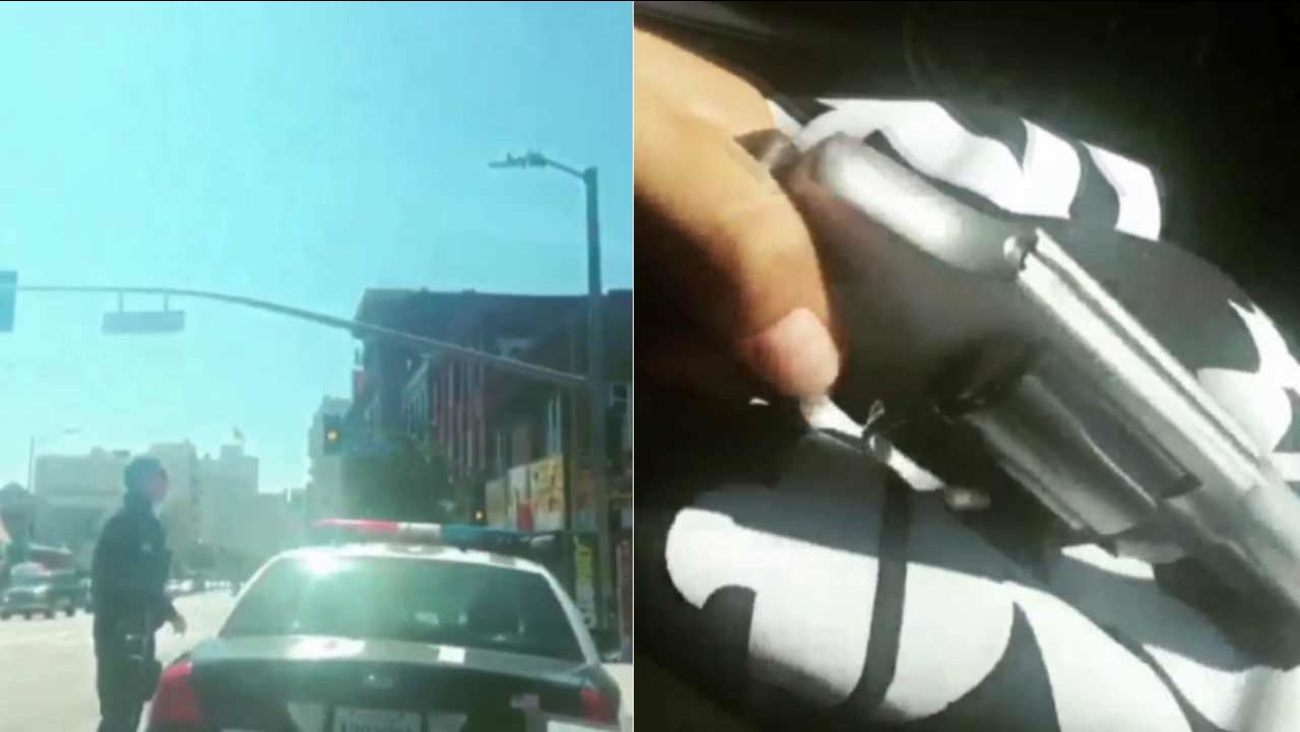 The Los Angeles Police Department is investigating a disturbing video posted online that appears to show an armed man stalking a police officer.

LOS ANGELES (KABC) -- Los Angeles police have arrested the primary suspect in a viral video, which was first thought to be a threat to police and showed a person flashing a loaded gun while filming an officer.

Alex Izquierdo, 35, of Hawthorne was arrested on Wednesday in connection to the case. He was released overnight after posting $200,000 bail.

In the brief, soundless video posted online, Izquierdo is allegedly seen flashing a loaded gun while filming an LAPD officer from inside a car parked behind his police cruiser.

The video posted to Instagram and widely circulated on Twitter was first treated as a threat by high-level detectives at the LAPD. But the department said in a statement Tuesday that the video was made for entertainment purposes only and did not pose a credible threat to law enforcement.

The video was made by members of an early 1990s rap group in an attempt to make a comeback, police said.

So far, at least two people have been arrested in connection to this case. Police have not released the name of the group.

Izquierdo was previously convicted of carrying a loaded firearm in a vehicle, the same charge he's facing in connection with the video. 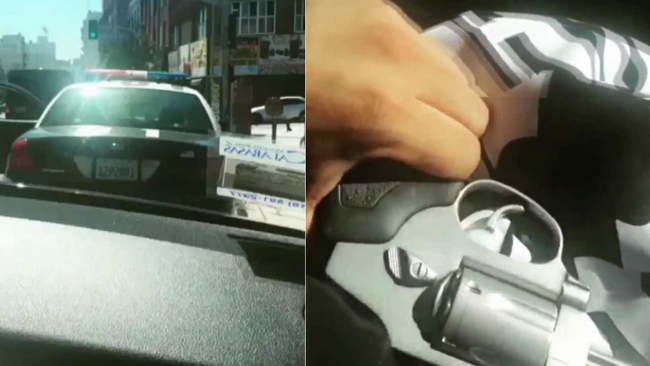