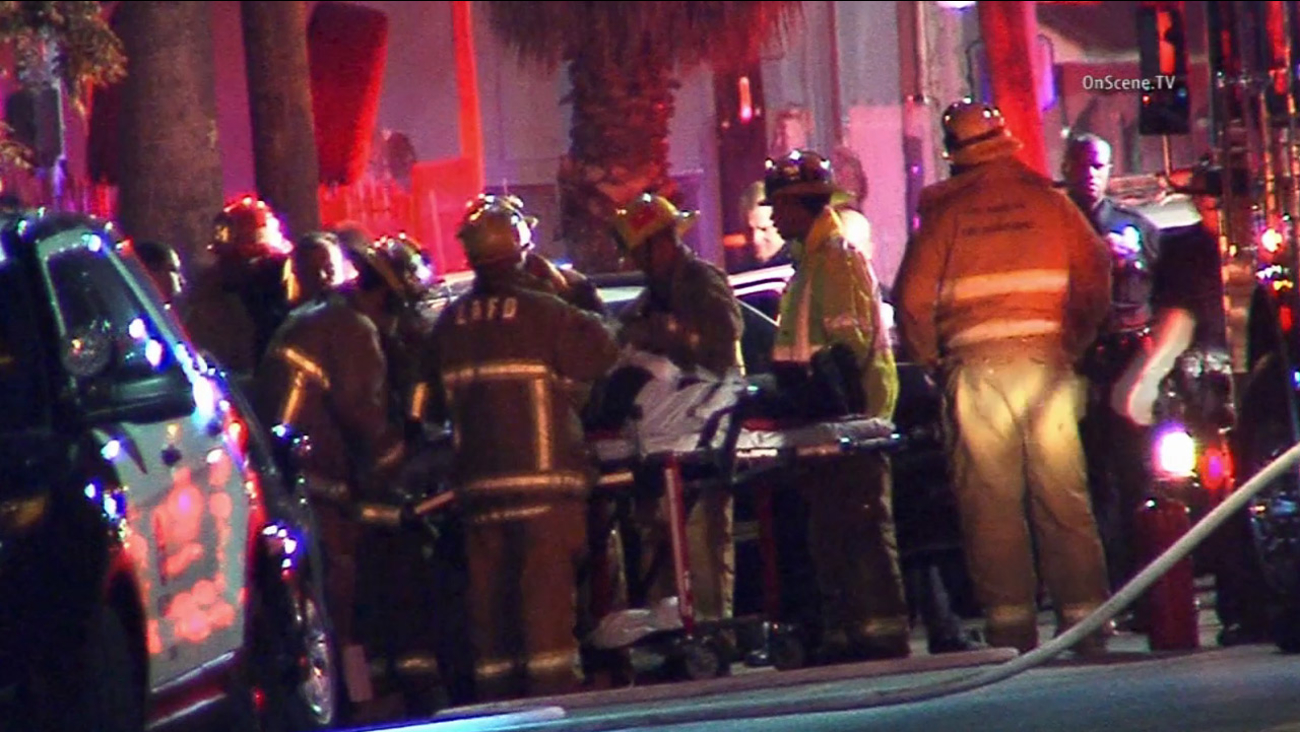 Firefighters tend to one of the Los Angeles Police Department officers injured in a hit-and-run crash on Saturday, July 4, 2015. (KABC)

JEFFERSON PARK, LOS ANGELES (KABC) -- A Los Angeles police officer broke her arm after a hit-and-run driver crashed into the side of her patrol car in Jefferson Park early Saturday morning.

A call came in around 1:45 a.m. regarding two LAPD Southwest Division officers being involved in a traffic collision.

The officers were traveling westbound down Jefferson Boulevard when the suspect, heading eastbound, side-swiped the police cruiser near St. Andrews Place.

Authorities said the crash caused the police car to hit a tree. After the crash, the suspect drove away from the scene.

The 27-year-old female officer in the passenger seat broke her arm as a result of the crash and her partner, a 29-year-old officer, suffered minor injuries.