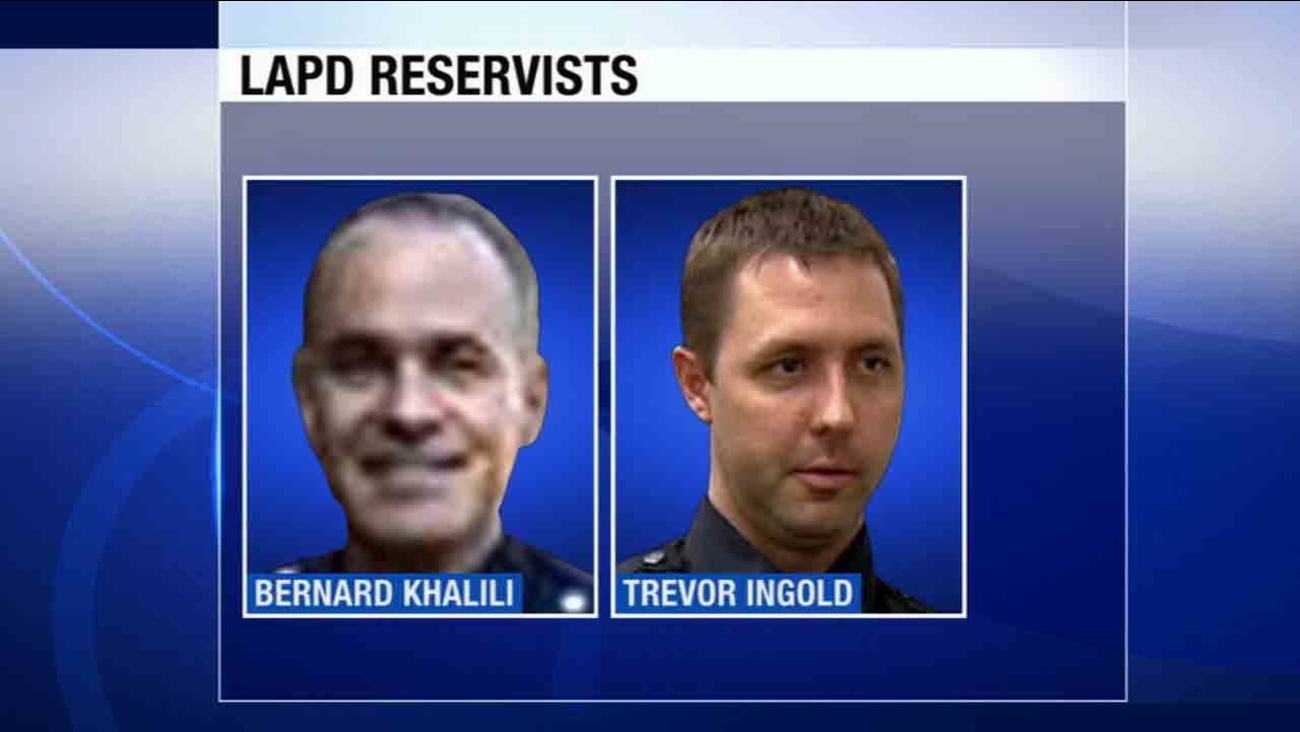 Two Los Angeles Police Department officers drove a homeless man to a Ross Dress for Less store in Hollywood and bought him clothes and shoes earlier this month.

The officers were responding to a radio call of a disturbance, but when they arrived at the scene, they found no crime - only a man with no shirt or shoes on a cold, wet morning.

So the officers, identified as Bernard Khalili and Trevor Ingold, drove the man to the off-price department store in Hollywood and bought the man a shirt, a jacket and a pair of shoes.

Then customers, realizing what the officers had done, chipped in themselves to buy the man even more.

"It was an amazing sight to see. They are, I wanna say, angels in disguise," Najjar said. "God bless them and keep them safe. This is something that you don't see very often."

LAPD Sgt. Leonard Calderon says the officers never reported what they had done.

"We never would've known unless we would've got the phone call from ABC," Calderon said. "Officers do this, not looking for attention. They realize that their job here is not just to enforce laws and to take people to jail. They see a need, they fill it."