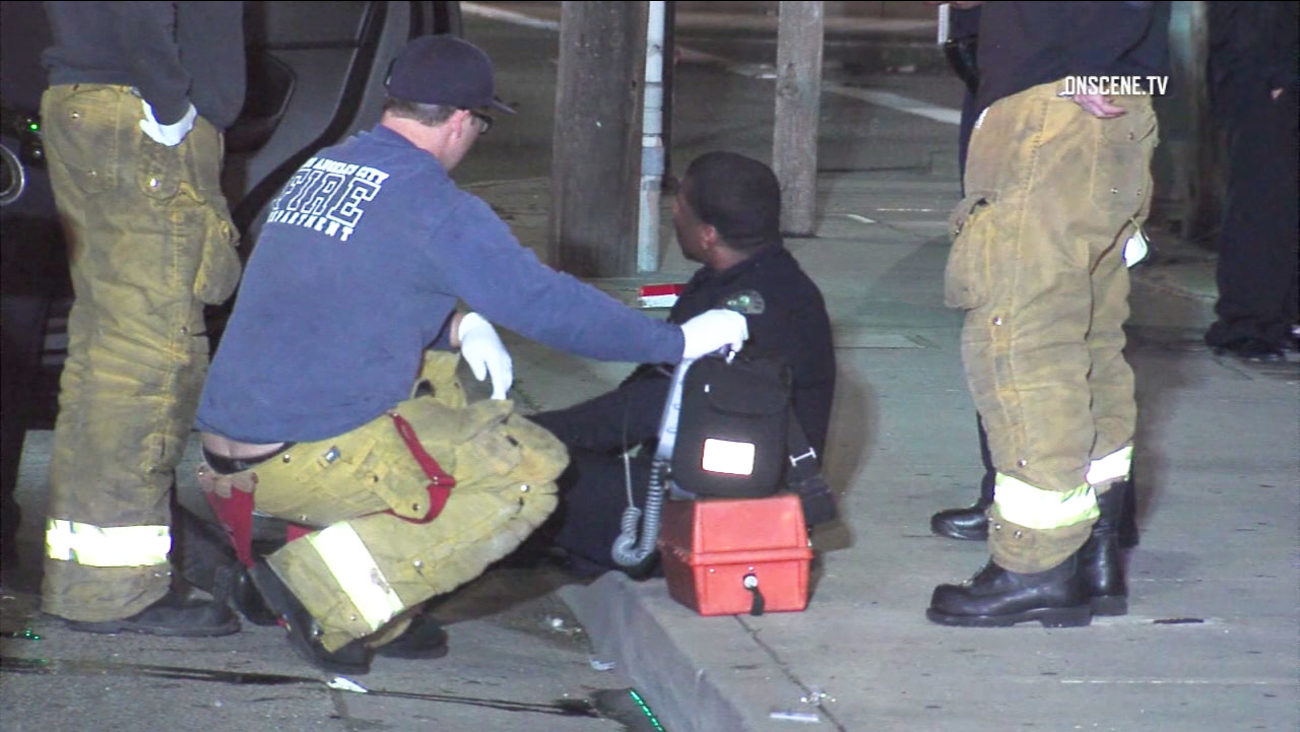 Rescue crews talk to a police officer after his patrol vehicle was struck by a suspected DUI driver while responding to another DUI crash in Vermont Knolls on Sunday, Feb. 12, 2017

VERMONT KNOLLS, LOS ANGELES (KABC) -- Two Los Angeles police officers responding to a DUI crash were transported to a hospital after their vehicle was rear-ended by another possible drunk driver in Vermont Knolls Sunday morning.

The officers were on their way to investigate a possible DUI crash at Manchester Avenue near the 110 Freeway at about 1 a.m. when the patrol vehicle they were in was hit from behind.

Both suspected DUI drivers from both crashes were taken into custody.