The footage, which was posted to LAPD's YouTube channel Tuesday morning, shows a man in a blue hooded sweatshirt and gray sweat pants, crouching behind an SUV and pulling a handgun from his waistband.

He then tucks the gun back into his waistband and runs around the corner of a strip mall as officers run after him.

Shortly before noon on Saturday, police officers spotted a blue Nissan Altima with paper plates with a year that did not match the car in the area of 108th Street and Western Avenue, Beck said.

Officers, who suspected the Altima was stolen, began following the vehicle. Beck said a man, later identified as Snell, exited the car when it slowed down.

Los Angeles Police Chief Charlie Beck addressed the media after the release of surveillance video that shows the moments before a fatal officer-involved shooting in South Los Angeles.

Beck said officers believed that Snell had a gun due to the way he was holding his waistband. A short pursuit ensued, during which Snell allegedly held a firearm in his left hand.

Police said at one point, Snell turned toward the officers in the 1700 block of 107th Street, and an officer-involved shooting occurred.

Police opened fire six times, striking Snell twice -- in his knee and torso, according to Beck. Snell was pronounced dead at the scene, and a fully loaded, .40 caliber semiautomatic handgun was recovered less than 5 feet away from him, LAPD investigators said.

This was one of two fatal officer-involved shootings over the weekend. On Sunday, police shot and killed a man who they say turned toward them with an object in his hand.

A replica handgun was recovered at the scene, according to Beck, who added that the muzzle's orange tip had been colored black.

The man killed in the second incident has not yet been identified.

The shootings come amid heightened tensions over police actions involving black people and other minorities across the country.

Following the shootings, protests erupted in South Los Angeles Sunday night, prompting LAPD to issue a citywide tactical alert. Four people were taken into custody before the alert was lifted.

The video was made public as Black Lives Matter organizers gathered to protest Snell's killing at a meeting of the Los Angeles Police Commission. 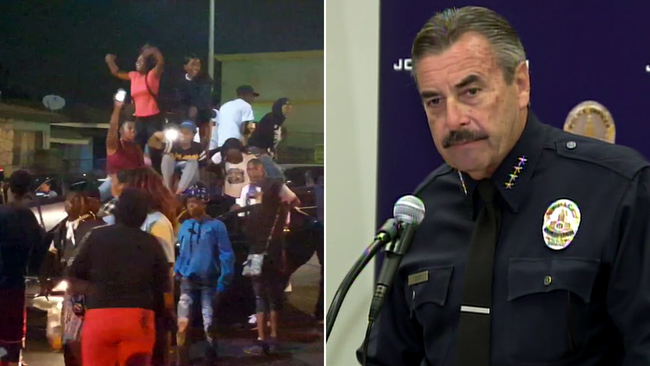 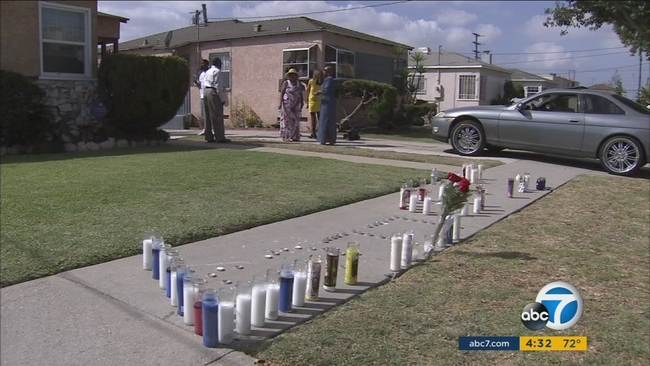 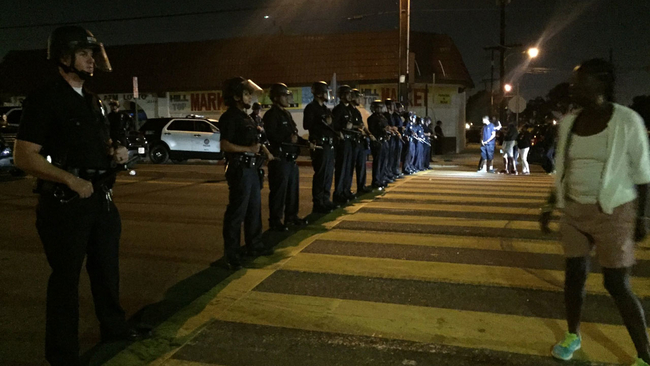 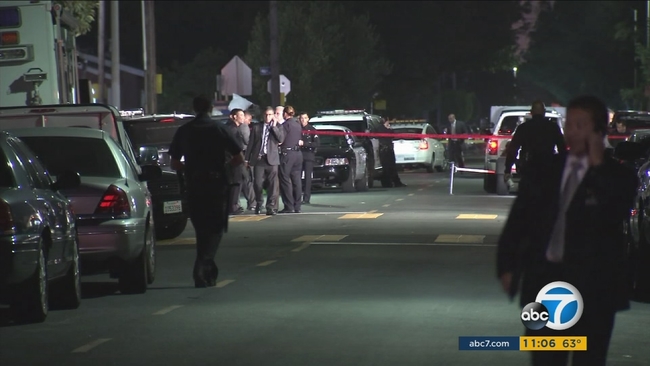