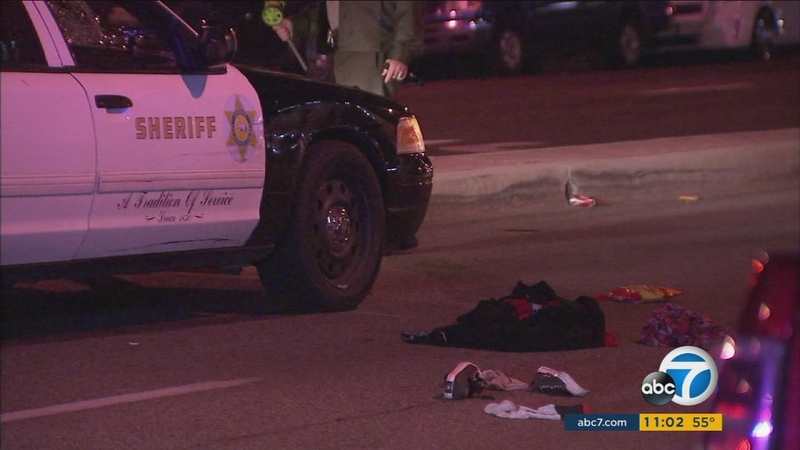 CARSON, Calif. (KABC) -- A deputy with the Los Angeles County Sheriff's Department and a bicyclist crashed in Carson on Thanksgiving.

Officials said the crash happened on Avalon Boulevard at Scottsdale Drive at about 6:30 p.m.

The sheriff's department confirmed a deputy was in the cruiser when a crash involving a bicyclist occurred.

The man on the bike, who family identified as Romero Barrera and deputies said is believed to be in his 40s, was taken to the Harbor UCLA Medical Center.

"My dad, he's the one that told me, 'oh your uncle is in the street, come over and hurry quick because he's bleeding and he's badly injured," Francisco Martinez, Barrera's nephew said. "I ran from my grandma's house and I saw him on the floor, the windshield of the police car was really damaged."

Barrera's family told ABC7 he suffered critical injuries, but is expected to survive.

The man was on his way home from the store when the crash happened, according to his family.

Deputies said the man was exiting a parking lot and crossed in front of the cruiser.

The deputy was not injured.