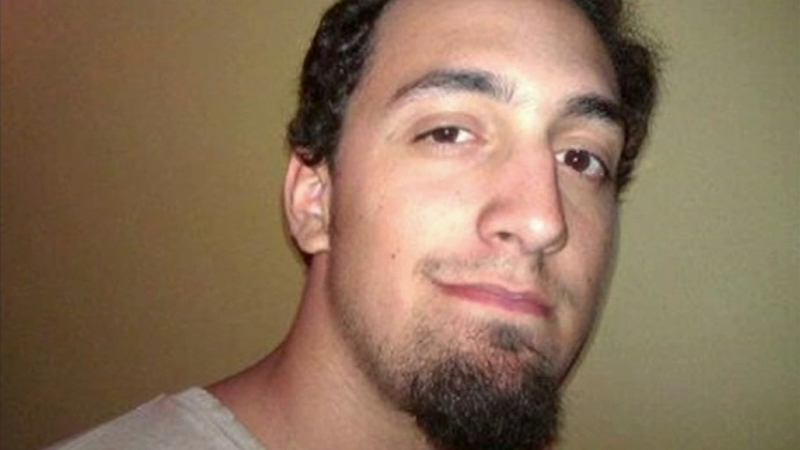 PASADENA, Calif. (KABC) -- The mother of a former cashier at Target in Pasadena is suing the retailer, alleging that her son committed suicide after being humiliated by management.

In the lawsuit, Virginia Gentles claims her son, 22-year-old Graham Gentles, was driven to suicide after he was accused of stealing, handcuffed and "paraded" through the store in front of coworkers and customers.

"He said that it was the worst day of his life because he didn't understand what was going on," said Virginia Gentles. "They humiliated him. Umm, that was their purpose."

Graham Gentles jumped to his death from the roof of the Courtyard Marriott in Monrovia on July 18, three days after he was allegedly required by Target management to take part in what the lawsuit calls a "walk of shame."

"The intention of the policy is to humiliate and shame, and in this particular instance the policy had its intended effect with tragic results," said attorney Patrick McNicholas.

According to the complaint, Graham Gentles was met by police and Target security personnel at the front of the store as he arrived for work on July 15.

The suit alleges that police forcefully grabbed him, emptied his pockets and pulled his hat off. At the direction of two members of the store management, he was handcuffed and led to an office, according to the suit.

"Gentles was shocked, confused and mortified at being handcuffed and walked through the Target store in front of co-workers and store customers. Mr. Gentles had no idea why he was being arrested," the complaint says.

Graham Gentles was taken to the police station, but he was released the same day and never charged.

"This was part of his extended family," added McNicholas. "He had indicated that he felt safe there. This is where his friends were, so he felt as though he lost all of that in one moment."

The complaint alleges that an argument between Graham Gentles and a coworker at a bar outside of work hours may have prompted the incident. The suit says it's believed that allegations made by the coworker led to store management calling for Gentles' arrest and "walk of shame."

According to the complaint, the so-called "walk of shame" has happened on numerous occasions to employees who were suspected of stealing.

"One of the primary purposes of this lawsuit is that Target stops the policy immediately [and] recognizes the harm that it could do," said McNicholas.

Target released a statement on Friday, saying, "Our thoughts and sympathies go out to the friends and family of this individual. As this is pending litigation, we don't have further comment at this time."