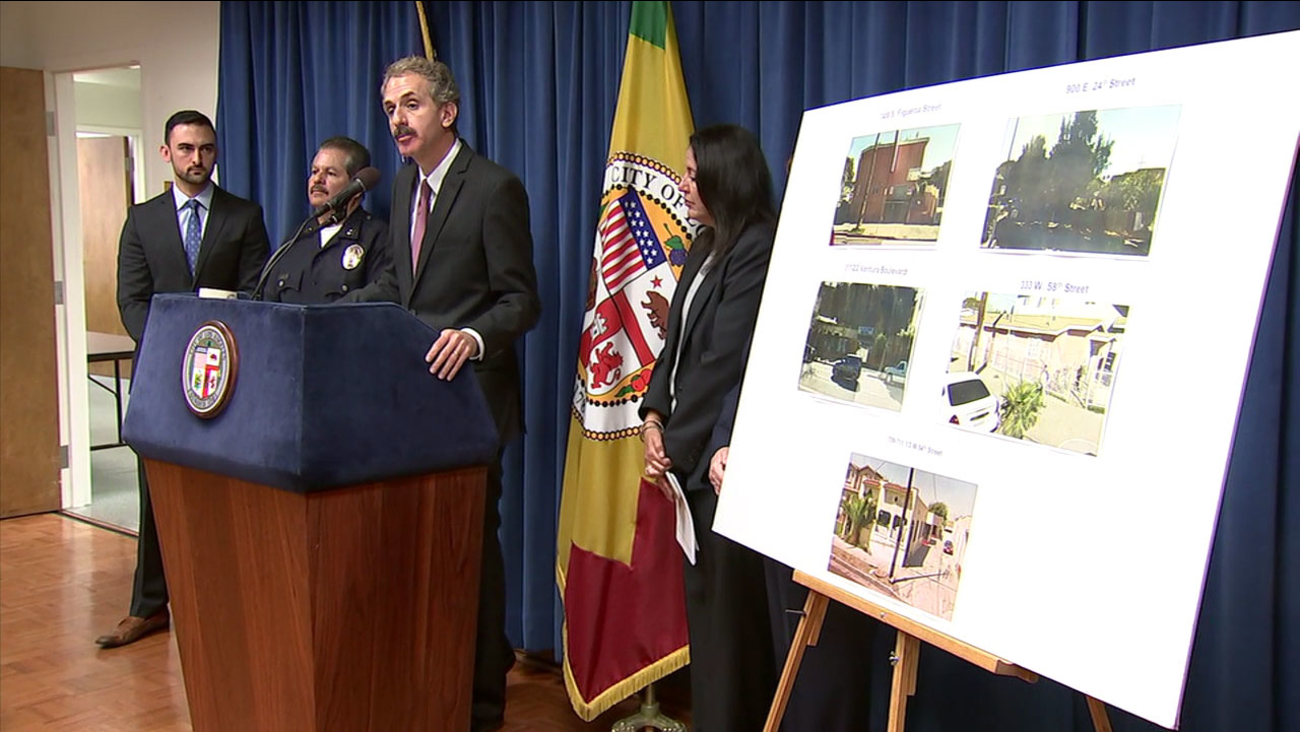 LOS ANGELES (KABC) -- Los Angeles City Attorney Mike Feuer and the LAPD announced Wednesday that five lawsuits were filed against properties between the San Fernnado Valley and South L.A. as part of a gang crackdown.

The properties, which include homes, motels and bungalows, are well documented spots involved in drug sales, gun violence, assaults, shootings and other gang activity. Feuer said each property is in close proximity to schools, churches, parks and playgrounds, and threaten the neighborhoods.

"Our office is riveted on ridding neighborhoods of properties like this and the threats these properties pose to families," he said.

During a press conference, Feuer said the lawsuits were filed against the following properties: