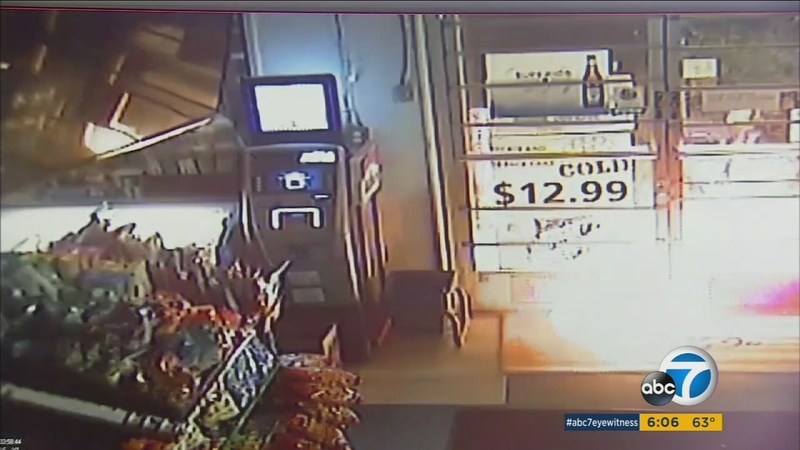 RIVERSIDE, Calif. (KABC) -- Surveillance video from a Riverside liquor store caught a rival liquor store owner setting fire to the business over what police said is the cost of beer.

The video, from Nov. 11, shows someone pouring gasoline all across the front of Sunny's Liquor, then lighting it on fire. The business suffered exterior and interior damage because of the fire.

But police said it wasn't an upset customer or a hate crime. Instead, they believe it was a rival store owner who believes Sunny's is stealing business because beer is cheaper at that store.

After investigating the matter, law enforcement officers moved in. Eyewitness News has exclusive video of Tyler Market owner, 49-year-old Moreno Valley resident Munir Hawara, being arrested on suspicion of conspiracy and arson of an inhabited building.

"We're trying to get the exact motive behind it. However, everything is pointing toward a financial motive that putting that particular business out of business would assist this particular owner," said Ray Mendoza with the Riverside Fire Department.

So on Thanksgiving eve, the owner of Sunny's Liquor said he has a lot to be thankful for, especially the investigators at Riverside police and fire departments.

The owner added that he bought the place a year ago and just a few days after he did someone had tried to burn it down. Police said it's happened about four times within the past year, but they never suspected it would be the owner of a store across the street.