KABC
By John Gregory and Miriam Hernandez
LONG BEACH, Calif. (KABC) -- Volunteers scoured the shoreline along Long Beach and Belmont Shore to clean up tar balls as a four-mile stretch of the coast remains closed Thursday.

When the ooze first appeared, there were immediate inspections of all the oil rigs and pipelines in the surrounding area. They all checked out and no leaks were found.

The substance has also washed up on Seal Beach near Neptune Street and Anderson Street. The city's Marine Safety Department said after an inspection, the U.S. Coast Guard said there was no need to close the beach since not a large amount of tar was found.

Long Beach officials are concerned the tar could pose a health risk.

"What we're really looking at is make sure people stay away from that because it can cause a rash, it can make you very uncomfortable," said Kelly Colopy with Long Beach Health and Human Services.

Already, some marine life has been impacted. A brown pelican was found covered in tar.

"There was a sighting of a sea lion that was out on the federal break water. Again, we weren't able to actually capture that animal to assess whether or not he had been contaminated," said Jake Heflin with the Long Beach Fire Department. "There are concerns and considerations that there are impacts on the environment as well as the animals in the water."

It is not known if the tar balls in Long Beach were linked to the oil spill at Refugio State Beach in Santa Barbara County in May. So just where are the tar balls coming from? Tests are being conducted and authorities are hoping to get some answers.

"I can't tell you an exact time right now, but we anticipate sometime in the next 48 hours, we will know where that came from," said Long Beach Fire Department Chief Michael Duree.

Some longtime residents think the tar is just material that normally seeps up from the ocean floor. Still, they don't see harm with authorities being cautious.

"I don't know, just swim at your own risk, I guess. I mean, I wouldn't want to get the stuff in my mouth, that's for sure," said Tim Tavolara, an area resident.

If the tar is no longer washing up onshore, the beach could be open by the weekend.
Related topics:
long beachlos angeles countyenvironmentsafetybeachesrefugio oil spilloil
Copyright © 2020 KABC-TV. All Rights Reserved.
RELATED 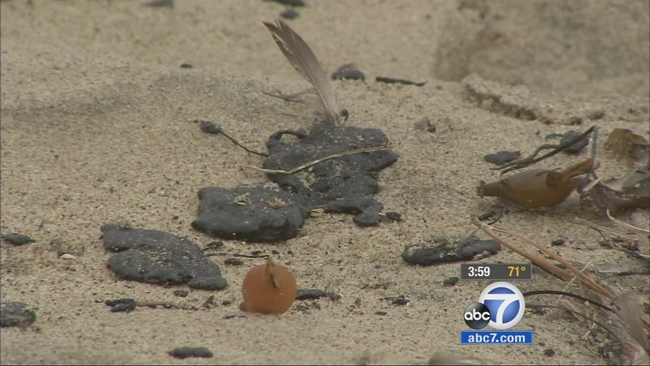 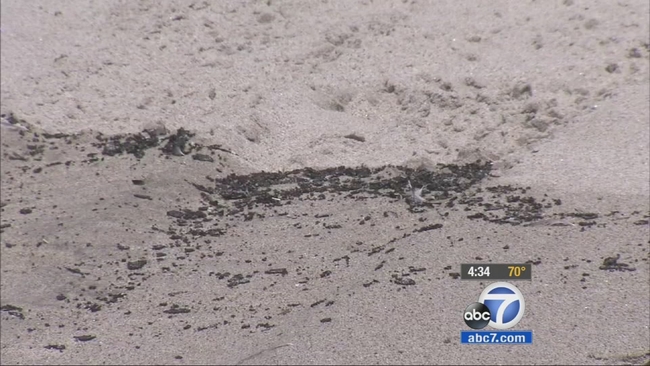 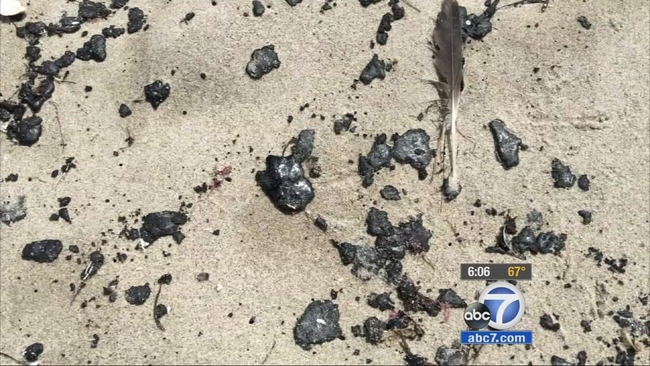