2 teen brothers stabbed in Hemet, hospitalized after allegedly being attacked by older brother with schizophrenia 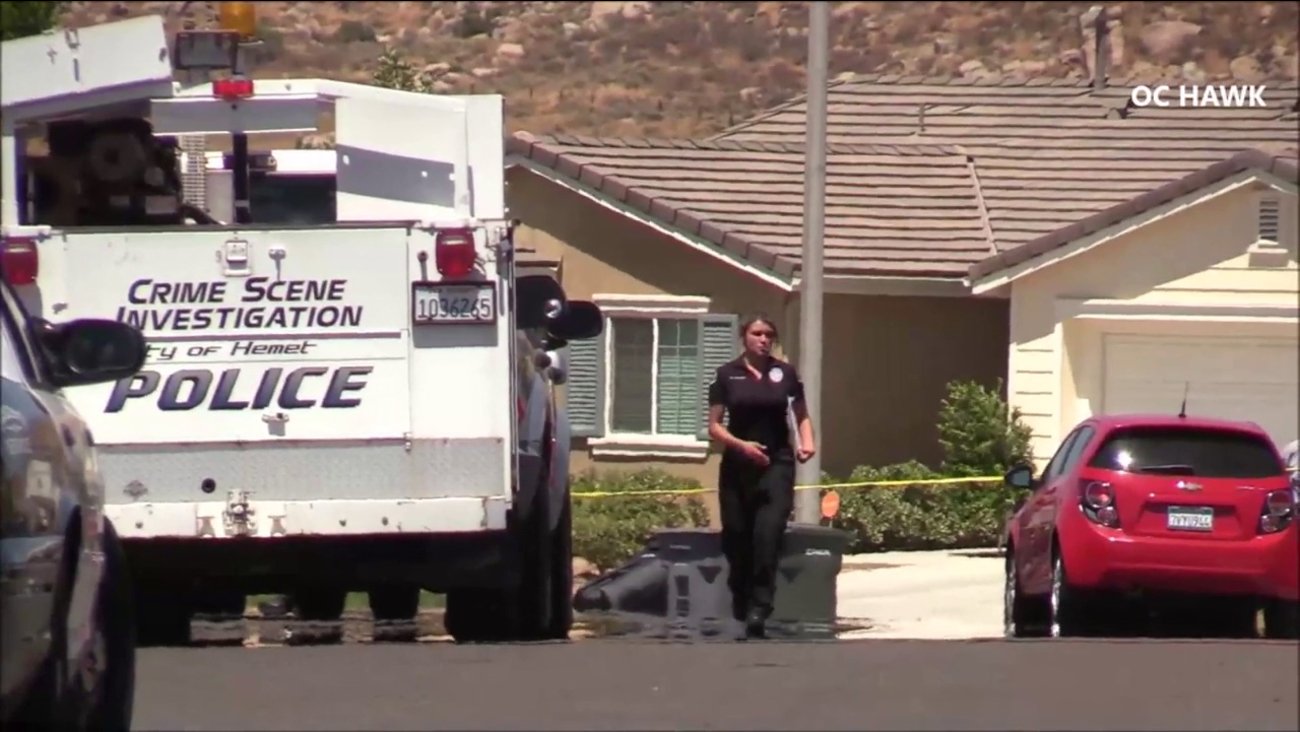 A police investigator is seen on a residential street in Hemet after two teenage boys were stabbed, allegedly by their older brother, on Monday, June 26, 2017. (OC Hawk)

HEMET, Calif. (KABC) -- Two teenage brothers were hospitalized after being stabbed Monday afternoon in Hemet, and their 19-year-old brother was detained in connection with the attack, authorities said.

Officers responded about 1:23 p.m. after a 911 caller reported the stabbing in the 300 block of Gilia Street. The caller "advised (that) the 19-year-old brother suffers from schizophrenia," the Hemet Police Department said in a statement.

One 14-year-old boy had been stabbed in the neck; his 16-year-old brother had suffered a stab wound to the shoulder, according to the news release. The two siblings were transported to separate local hospitals and were expected to survive.

Their older brother, identified as Andrew Rangel, was found walking away from the scene and was taken into custody, police said.

"This is still an active and ongoing investigation and no further information will be released at this time," the police statement said.
Report a correction or typo
Related topics:
hemetriverside countyteenagersstabbingmental health
Copyright © 2021 KABC-TV. All Rights Reserved.
More Videos
From CNN Newsource affiliates
TOP STORIES