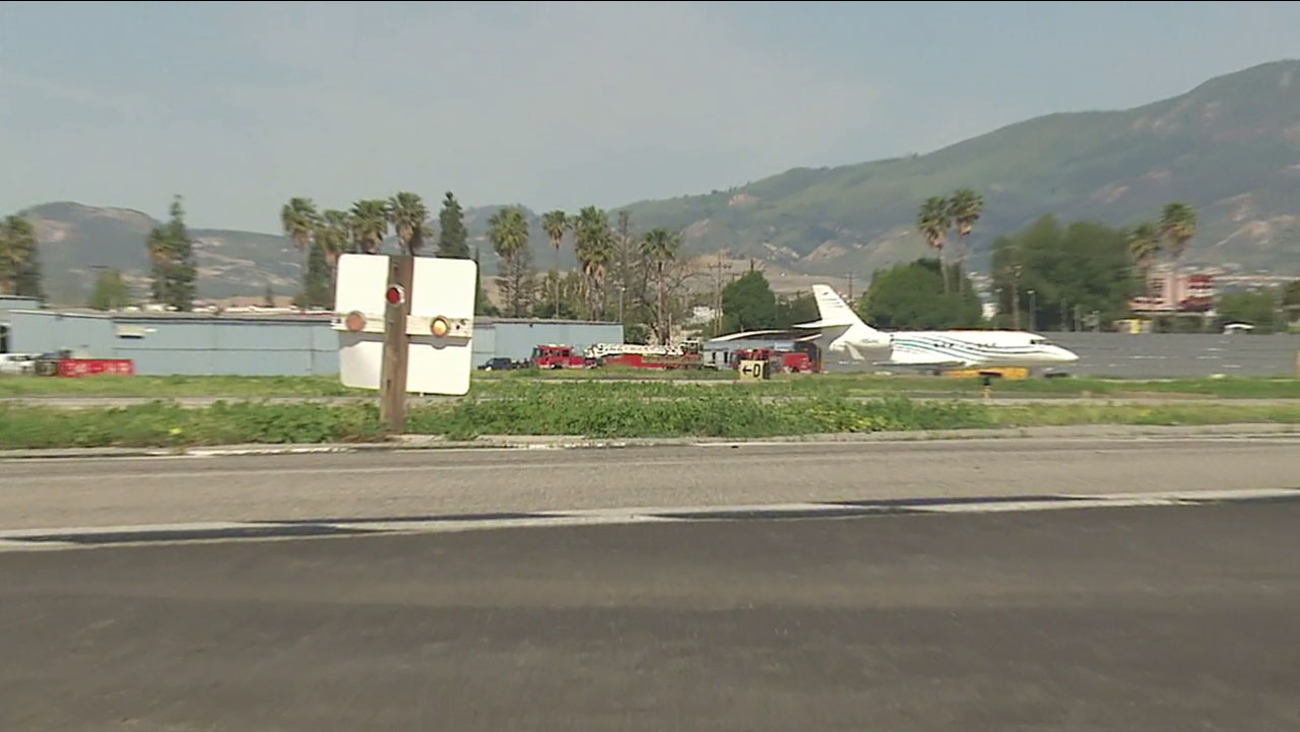 Firefighters were at the Van Nuys Airport on Friday, March 25, 2016, after a man crashed through a security gate and into a small plane. (KABC)

VAN NUYS, LOS ANGELES (KABC) -- Authorities arrested a man who pushed his way through a secure gate at the Van Nuys Airport and crashed into a parked aircraft Friday morning.

Around 10:30 a.m., a suspect went through a locked security gate on the east side of the airport. The driver went across the field, heading west, and then hit a parked single-engine aircraft.

The man stopped at that point and airport police detained him for questioning. Authorities said he appeared disoriented. He was then arrested and turned over to Los Angeles police.

No injuries were reported. The plane and gate were damaged, but it was unclear to what extent.