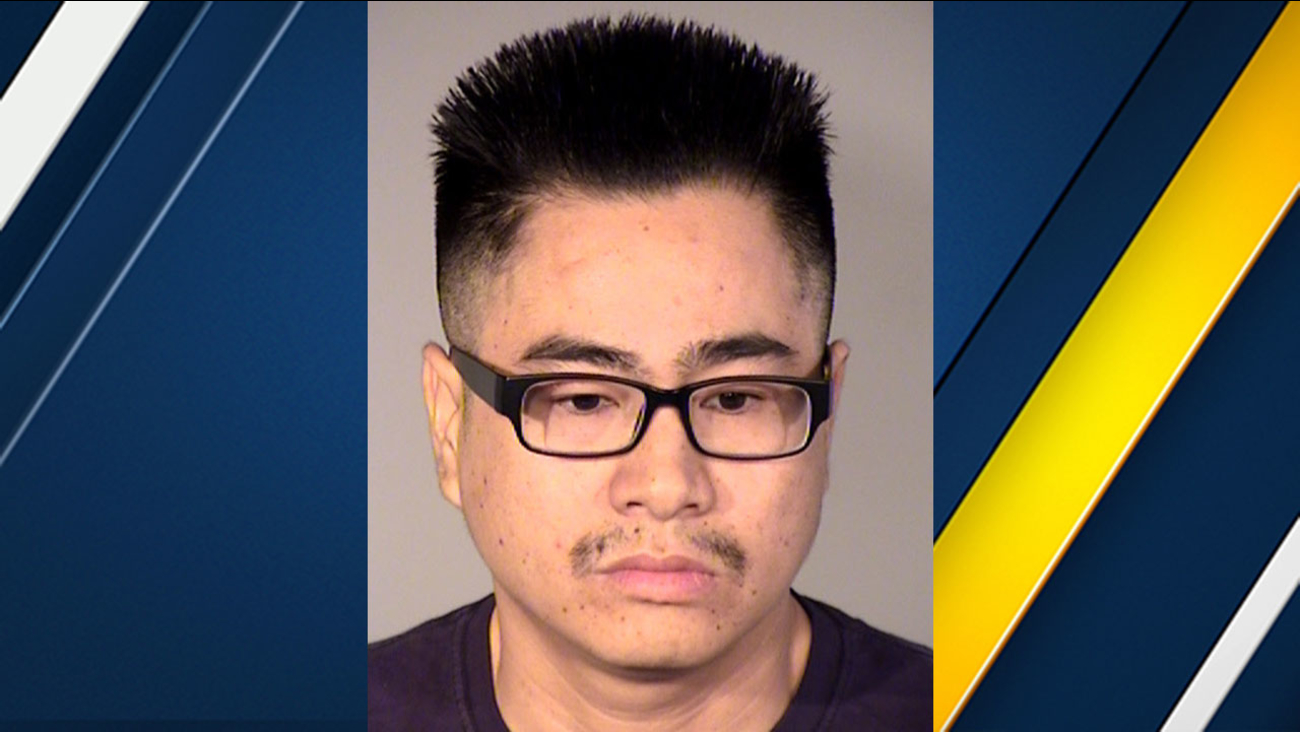 Suspect Duong Che, 36, of Rosemead, is accused of giving a co-worker a chocolate bar laced with THC without her knowledge. (Ventura County Sheriff's Dept.)

THOUSAND OAKS, Calif. (KABC) -- A Rosemead man was facing charges on Sunday of allegedly giving a restaurant co-worker a THC-laced chocolate bar that left the woman disoriented and unable to finish her shift.

The incident happened on March 12 at a restaurant in the 400 block of Moorpark Road in Thousand Oaks.

Deputies were first sent to the restaurant on a call of possible poisoning after the victim began to experience shortness of breath, confusion and disorientation. As a result, she was unable to continue working, officials said.

On Wednesday, detectives searched Che's car and found drugs, as well as a chocolate bar that was the same type given to the victim.

Detectives also say Che possessed 70 ecstasy pills and more than $600 in cash, leading to him being arrested for possession for sales of a controlled substance.

Police executed a search warrant at his Rosemead home and say they found more than $4,300 in cash, saying it was believed to be the proceeds from illegal drug sales.

He was booked at the Ventura County Sheriff's jail with bail set at $70,000. He posted bail and is scheduled for a court appearance on April 27.