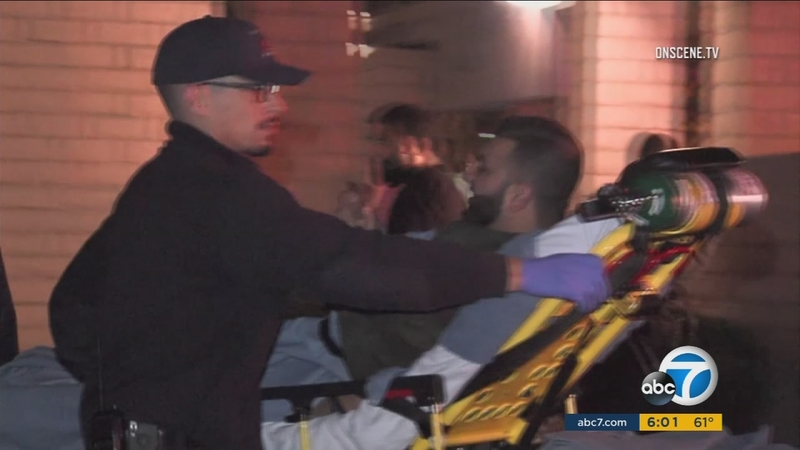 SIMI VALLEY, Calif. (KABC) -- A man was arrested for hate crimes in Simi Valley after authorities said he confronted worshippers leaving a mosque and stabbed someone Saturday evening.

Police are also looking for a second suspect who also may have been involved in the incident.

Simi Valley police said they responded to the rear of a shopping center in the 1800 block of Erringer Road at about 11:15 p.m.

Officers arrived at the scene and separated a group of people who were fighting.

Police say the suspect, later identified as John Matteson, 29, of Simi Valley, as well as a second man confronted some worshippers who had left a local mosque and were walking on the sidewalk.

A verbal argument began and it turned into a fight during which Matteson allegedly stabbed a man. There were numerous witnesses to the incident and police arrested Matteson near the scene.

A second suspect who was with Matteson fled the scene on foot and officials are still searching for him.

Police say it appears from alleged statements and actions by the suspect that the victim was targeted because of his religious background.

"We're looking into perhaps the way our victim was dressed and his association with the local mosque," said Simi Valley police Sgt. Adam Darough.

The person who was stabbed in the abdomen was taken to the hospital with non-life threatening injuries, according to officials.

Authorities said Matteson was booked for hate crimes and was being held on $25,000 bail. The investigation was continuing.