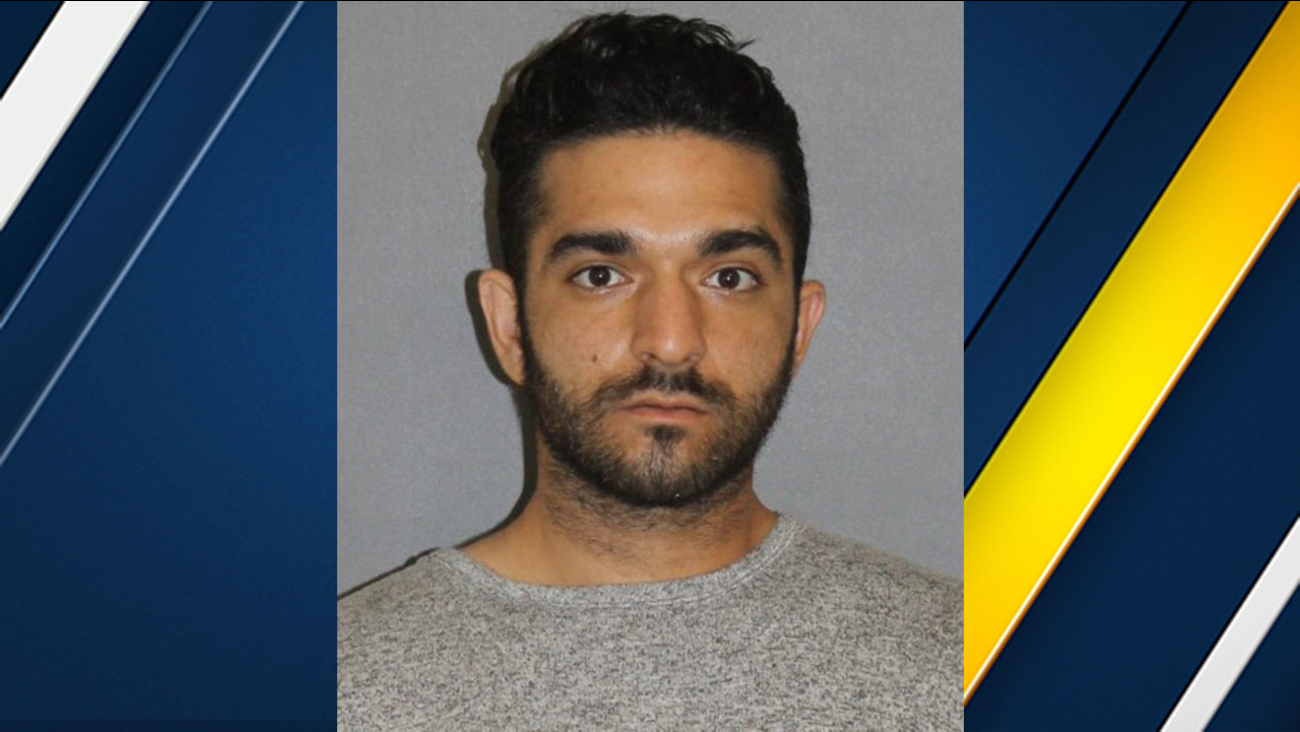 IRVINE, Calif. (KABC) -- A Granada Hills man has been arrested for allegedly burglarizing five vehicles at a LA Fitness in Irvine as well as two vehicles at an apartment complex.

Police were called when a resident of the Windrow Apartments heard glass breaking around 2 a.m. and then spotted a broken window on his own vehicle as well as a neighbor's car.

Officers spotted Kadkhodayan at a nearby Kohl's shopping center parking lot and noticed injuries to his hands that appeared consistent with cuts from broken class.

Police say they were given consent to search him and found a flashlight and drill bit.

They say he admitted to the two break-ins at the apartment complex, as well as a vehicle burglary six weeks earlier at the LA Fitness at 3960 Barranca Parkway.

Kadkhodayan was arrested and brought to the Irvine police station, where police say he eventually confessed to four additional burglaries at LA Fitness on Dec. 14.

Police asked anyone with information to contact Detective Keith Herter at (949)724-7183 or kherter@cityofirvine.org.