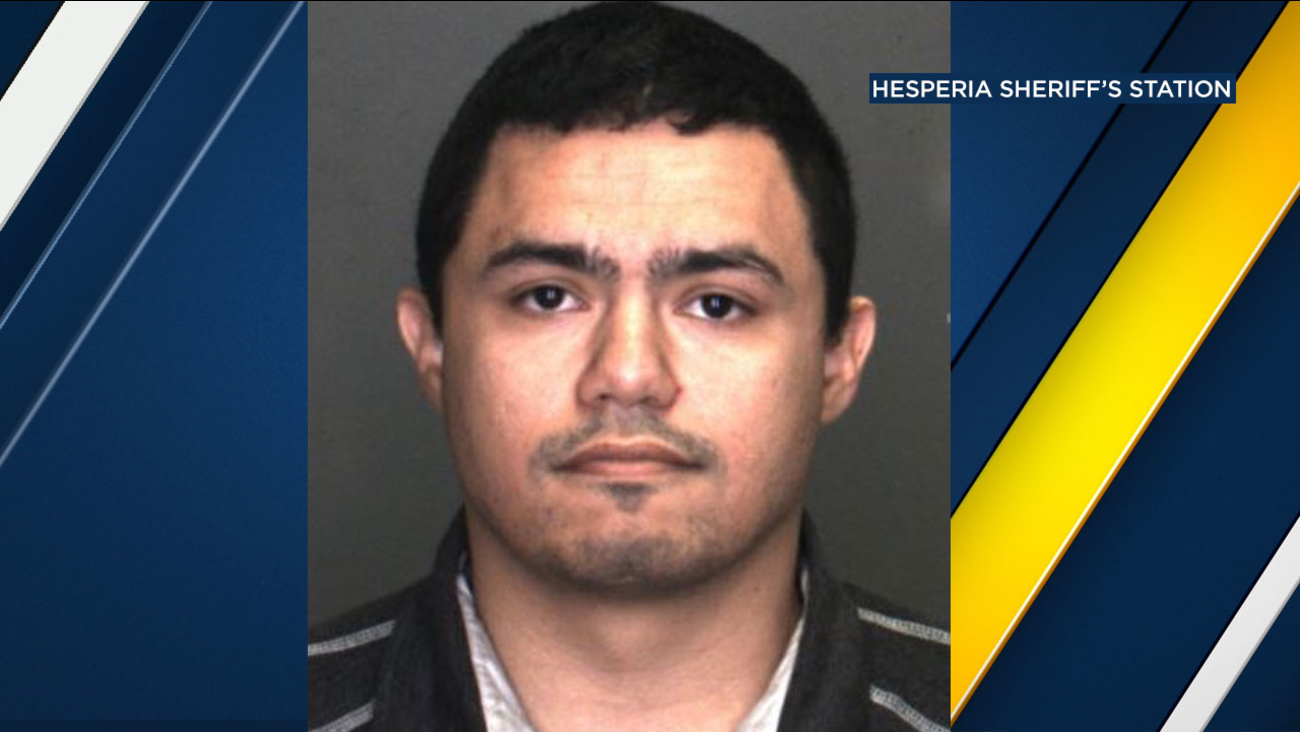 Seguin Munoz-Feliciano, 29, of Barstow, was jailed and charged with false imprisonment and lewd or lascivious acts with a child under 14.

HESPERIA, Calif. (KABC) -- Deputies have arrested a man they say inappropriately touched a 12-year-old girl in the women's restroom of a Golden Corral restaurant in Hesperia.

Seguin Munoz-Feliciano, 29, of Barstow, was jailed and charged with false imprisonment and lewd or lascivious acts with a child under 14.

According to authorities, the victim was at the restaurant on June 3 with her family and had left the table to go to the restroom. Munoz-Feliciano followed the girl into the women's restroom and blocked her from leaving before touching her inappropriately, deputies said.

The suspect then fled the restaurant, according to deputies.

Deputies said they responded to a call about the incident at the Golden Corral located on the 12800 block of Main Street. Deputies received a description of the suspect while en route to the scene, but were unable to locate the man after an extensive search of the premises.

After an investigation, deputies were able to identify Munoz-Feliciano and contacted him at his residence in Barstow, where he was taken into custody without incident.

Munoz-Feliciano posted $250,000 bail and was released from custody on June 14.

Authorities are asking anyone with information about the incident to call the Hesperia station at 760-947-1500 or contact the anonymous tip line at 800-78-CRIME.
Report a correction or typo
Related topics:
hesperiasan bernardino countycrimesexual assault
Copyright © 2021 KABC-TV. All Rights Reserved.
More Videos
From CNN Newsource affiliates
TOP STORIES