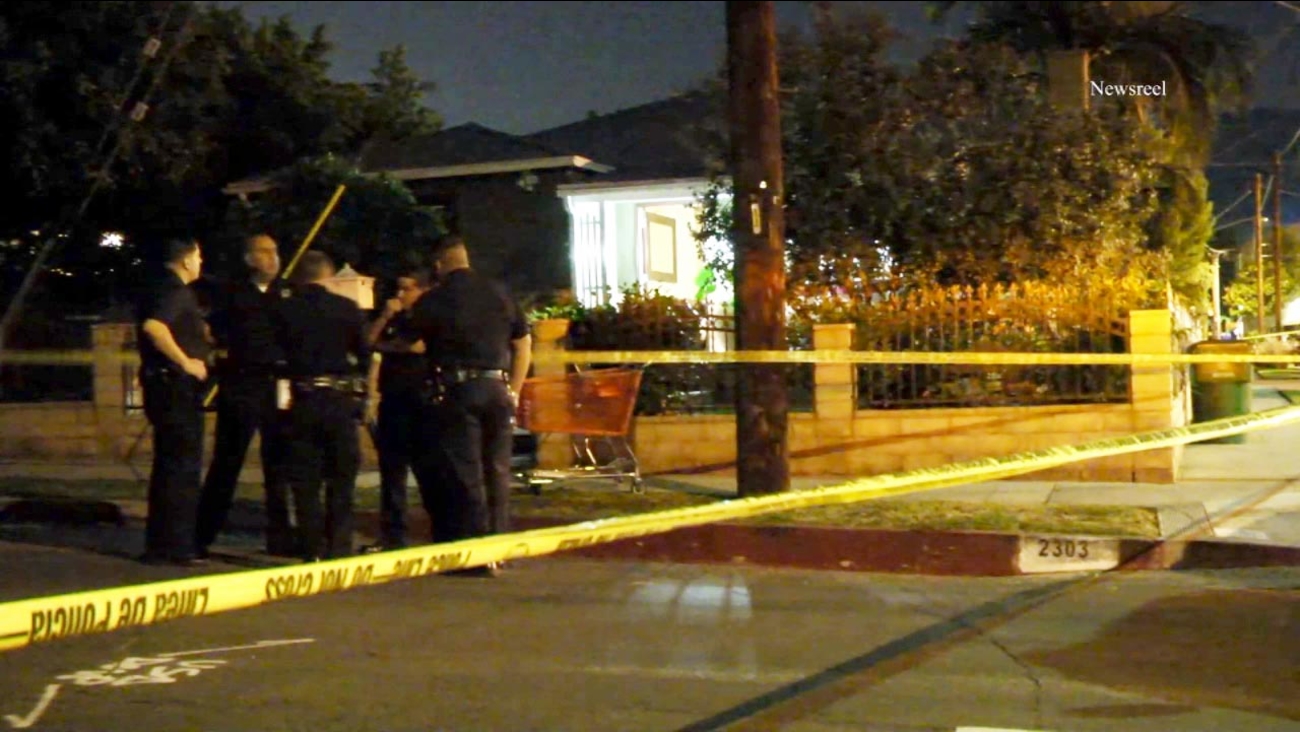 Law enforcement officials stand behind yellow crime scene tape in Eagle Rock, where a man attacked his co-worker with a machete on Tuesday, May 26, 2015. (KABC)

The two men were drinking at a home in the 2300 block of Yosemite Drive round 9 p.m. Tuesday. One of the men got drunk and the other drove him home.

Officers said the man returned to the house 30 minutes later, claiming somebody stole his cellphone. He then attacked the victim with a machete, slashing him several times in the head.

The victim's family heard his screams and got the machete away from the suspect. Police said the family then attacked the suspect with the weapon.

Both men are recovering. The suspect suffered lacerations to his hands and head. The victim's son and brother were treated for lacerations to their hands.

The suspect is facing a charge of attempted murder.