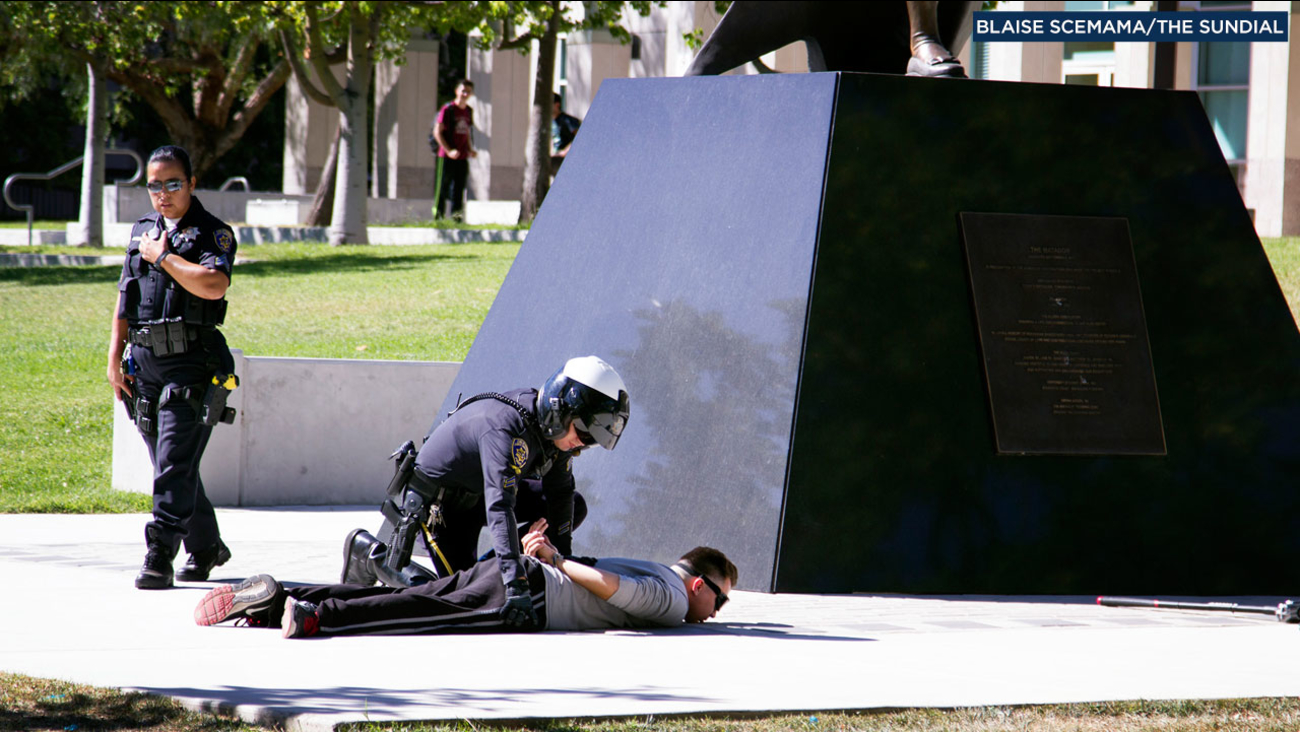 Cal State Northridge police officers arrest a man suspected of vandalizing property on campus with a sledgehammer on Friday, Sept. 23, 2016.

NORTHRIDGE, LOS ANGELES (KABC) -- A former Cal State Northridge student was arrested Friday on suspicion of damaging property on the campus with a sledgehammer.

The CSUN police department received several calls around 3 p.m. from people saying students were being chased around campus by a man with a sledgehammer. Officers responded to the scene and found the suspect.

Authorities said the suspect complied with orders to drop the sledgehammer and get on the ground, he was then handcuffed.

The man, identified as 29-year-old Jesse John Moya, was arrested on suspicion of felony vandalism.