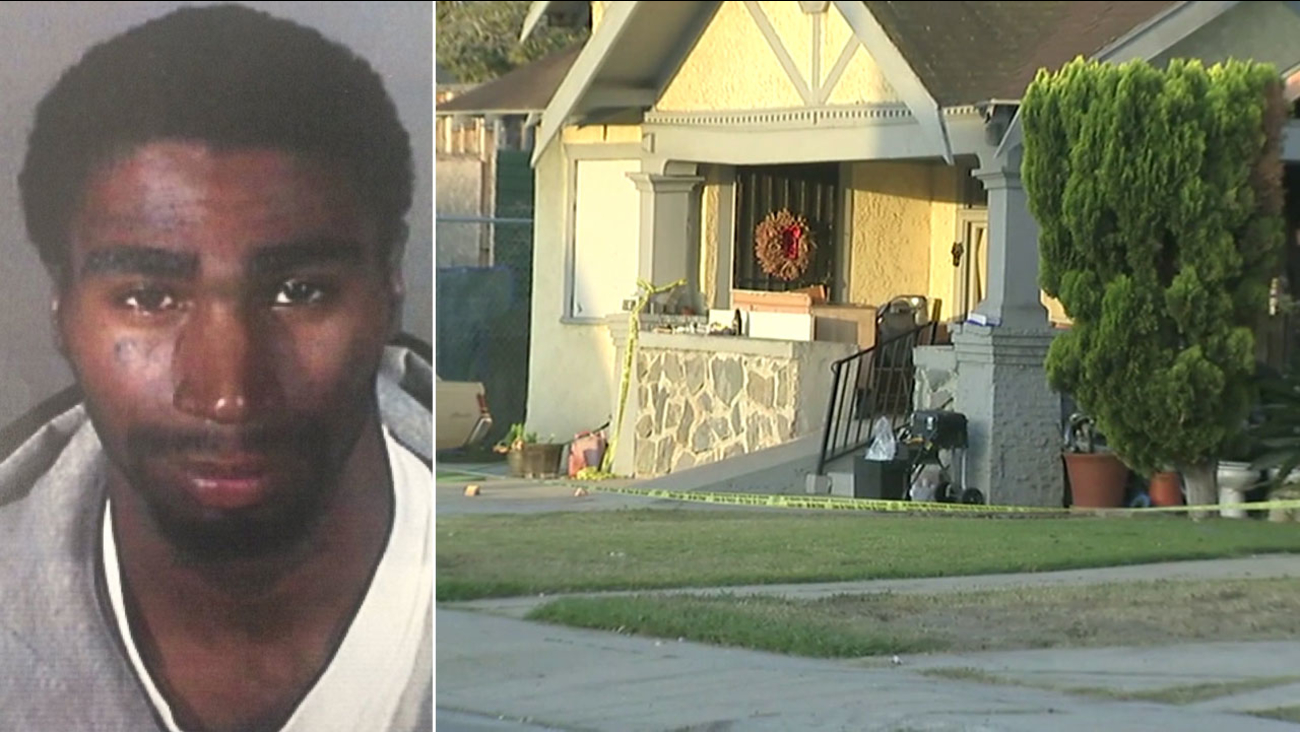 Lataz Gray, 22, is shown in an undated photo alongside the crime scene of a fatal stabbing in Jefferson Park. (KABC)

LOS ANGELES (KABC) -- A man accused of stabbing a 2-year-old girl to death and trying to kill her pregnant mother made his first court appearance Thursday.

Lataz Gray, 22, is charged with one count of murder and two counts of attempted premeditated murder.

Investigators say the deadly attack happened during a domestic dispute earlier this week in Jefferson Park.

The alleged attack happened Monday around 10 p.m. in the 3500 block of Arlington Avenue, officials said.

They say Gray attacked his pregnant girlfriend and a 2-year-old girl with a knife. The woman survived, but the girl - who was not Gray's daughter - died at a hospital.

The 2-year-old girl was later identified as Maliaya Tademy.

If convicted, Gray could face up to life in prison, the District Attorney's Office said.