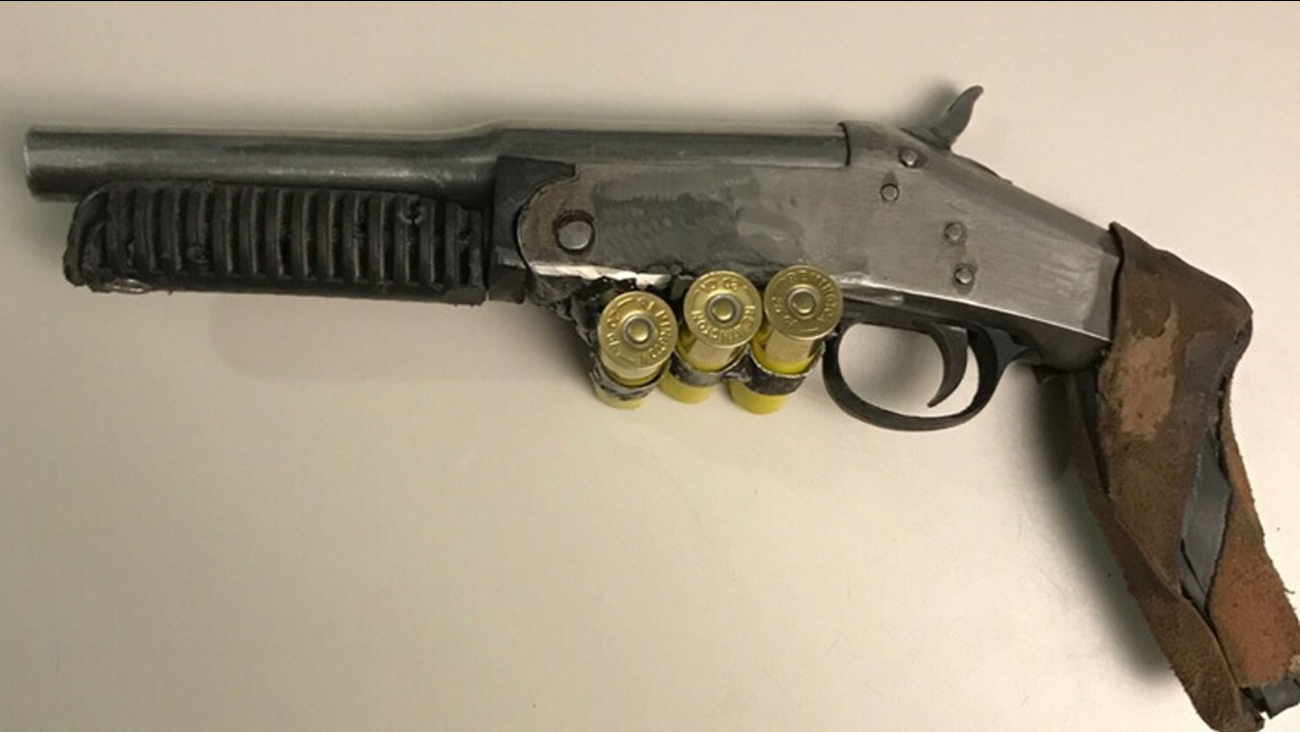 A Barstow man who claimed he was "Mad Max" was arrested for weapons violations Thursday after deputies stopped him for behaving "suspiciously." (Barstow Sheriff's Department)

BARSTOW, Calif. (KABC) -- A Barstow man who claimed he was "Mad Max" was arrested for weapons violations Thursday after deputies stopped him for behaving "suspiciously."

According to authorities, a deputy saw 39-year-old Jack Lee Ernest driving a quad ATV on Old Highway 58 in Barstow around 11 p.m. The deputy pulled Ernest over.

As the traffic stop was being conducted, Ernest "attempted to flee and behaved so suspiciously he was detained," according to the San Bernardino County Sheriff's Department.

According to deputies, Ernest said he fashioned himself as "Mad Max," a character from a dystopian action film that deputies called "violent" and said involved "deadly assaults from vehicles."

Ernest was taken into custody for possession of illegal weapons and booked at the Barstow jail on $30,000 bail. Ernest's quad ATV was towed and stored.

The sheriff's department is appealing for anyone who has information on the investigation surrounding Ernest to call Deputy Kenneth Bubier or Sgt. James Evans from the Barstow Sheriff's Station at 760-256-4838.
Report a correction or typo
Related topics:
barstowsan bernardino countycrimearrestweapons
Copyright © 2021 KABC-TV. All Rights Reserved.
More Videos
From CNN Newsource affiliates
TOP STORIES