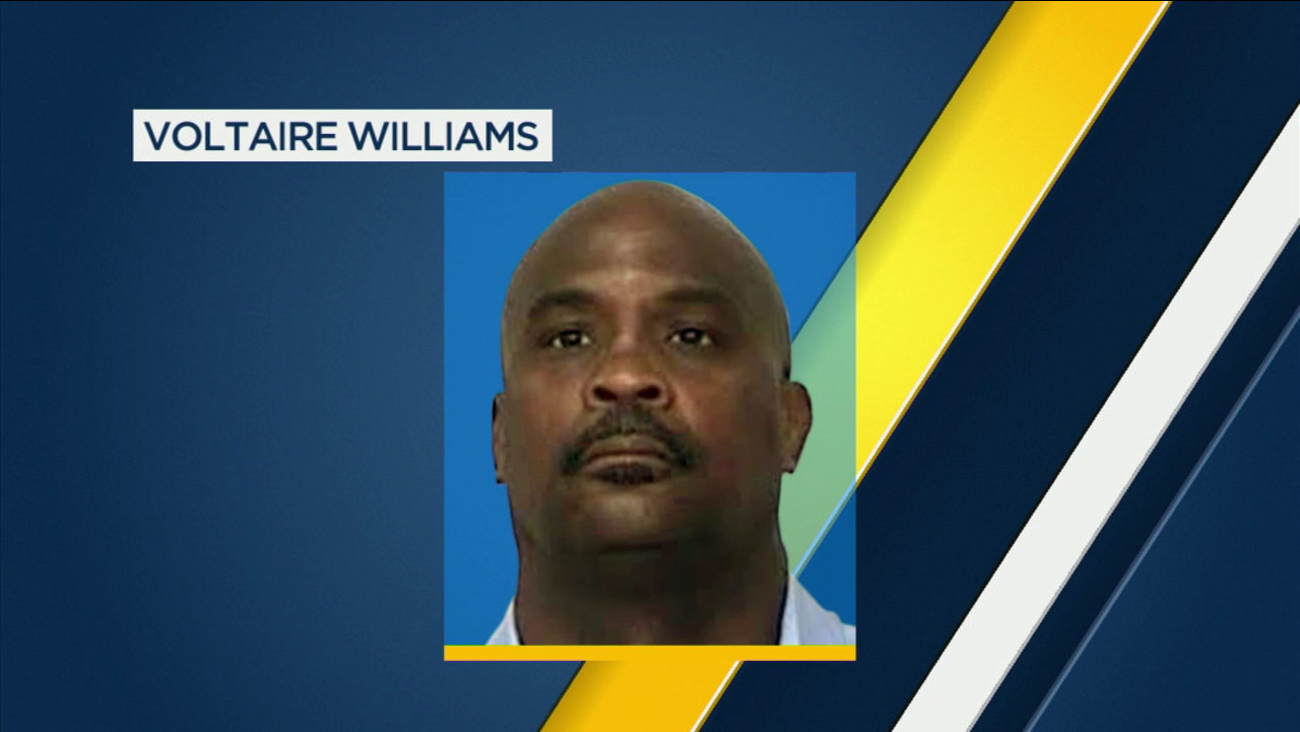 A mugshot of Voltaire Williams, 54, who was convicted of conspiracy in the 1985 death of 42-year-old LAPD Detective Thomas Williams.

LOS ANGELES (KABC) -- A man convicted for his role in the assassination of a Los Angeles police detective decades ago could be out on parole within a week.

Voltaire Williams, 54, was convicted of conspiracy in the death of 42-year-old LAPD Detective Thomas Williams, who was ambushed while picking up his 6-year-old son from a Canoga Park day care center.

Daniel Jenkins sprayed machine gun fire at the detective on Halloween in 1985. He was sentenced to death for the killing. Voltaire Williams, then 25 years old, was sentenced in April 1989 to 25 years to life in prison.

Voltaire Williams, Jenkins and another man sentenced to life in prison for the murder, plotted to kill the detective out of revenge for his testimony against Jenkins in a robbery case.

On Tuesday, the Board of Parole Hearings upheld a state parole panel's recommendation to grant Voltaire Williams' release, even after Gov. Jerry Brown sent a letter saying he opposes the recommendation.

According to the state Department of Corrections and Rehabilitation, the board's order will likely be received by officials at State Prison Solano on Thursday, and inmates are typically released "to parole supervision" within five days of that letter being received.

The department does not release information on the exact date or location of an inmate's release.

The L.A. Police Protective League is calling the release of Voltaire Williams "an affront to peace officers."

"Detective Williams was assassinated because he did his job. The Parole Board's decision is an affront to every peace officer who risks their lives to protect others on a daily basis. Voltaire Williams has no compassion for Detective Williams' family and colleagues," the group said in a statement. "He does not deserve freedom."