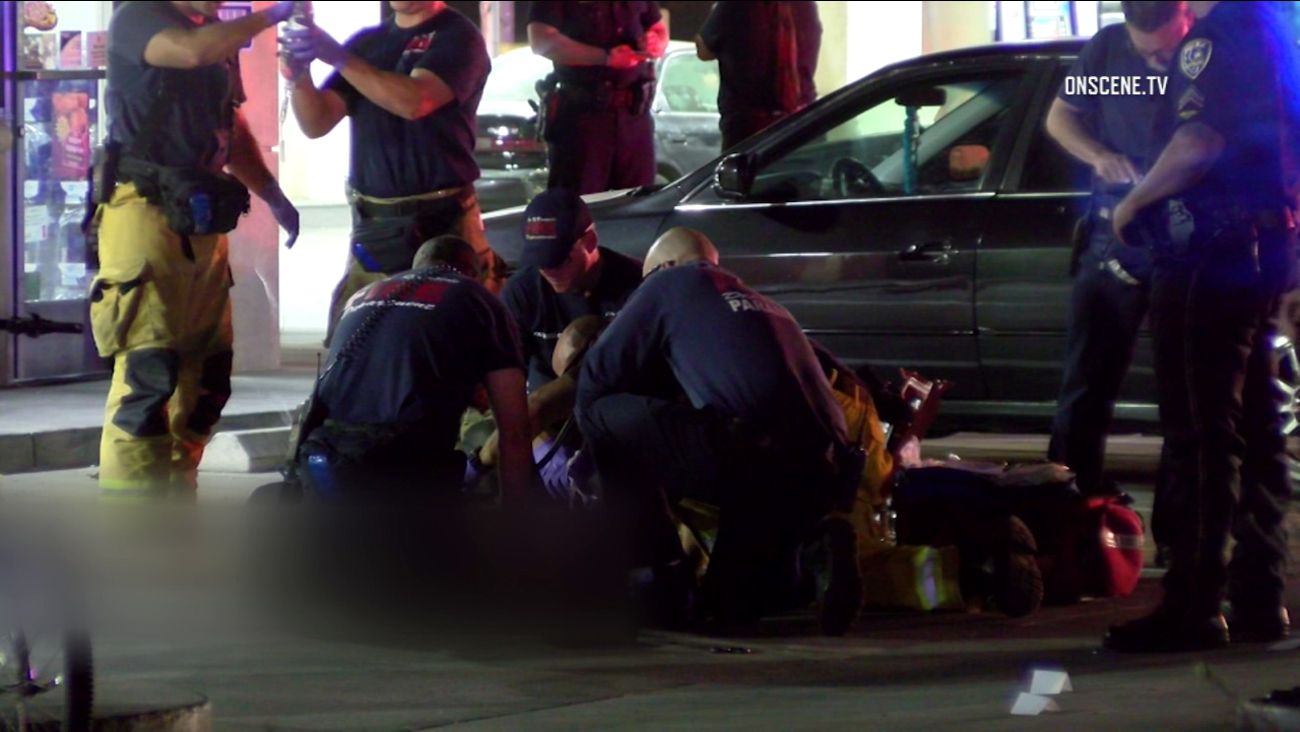 Firefighter-paramedics attend to a shooting victim in Riverside on Sunday, June 25, 2017. (OnScene)

Multiple callers reported the shooting about 9:19 p.m. in the 7400 block of Indiana Avenue, according to the Riverside Police Department.

Officers and firefighter-paramedics responded to the scene, where they found the victim suffering from gunshot wounds on the east side of the business, police said in a statement.

The man died of his injuries after being transported by ambulance to a hospital. He was not immediately identified.

The incident was being investigated by Robbery-Homicide Unit detectives who were assisted by the Riverside County Sheriff's Department and the District Attorney's Office.