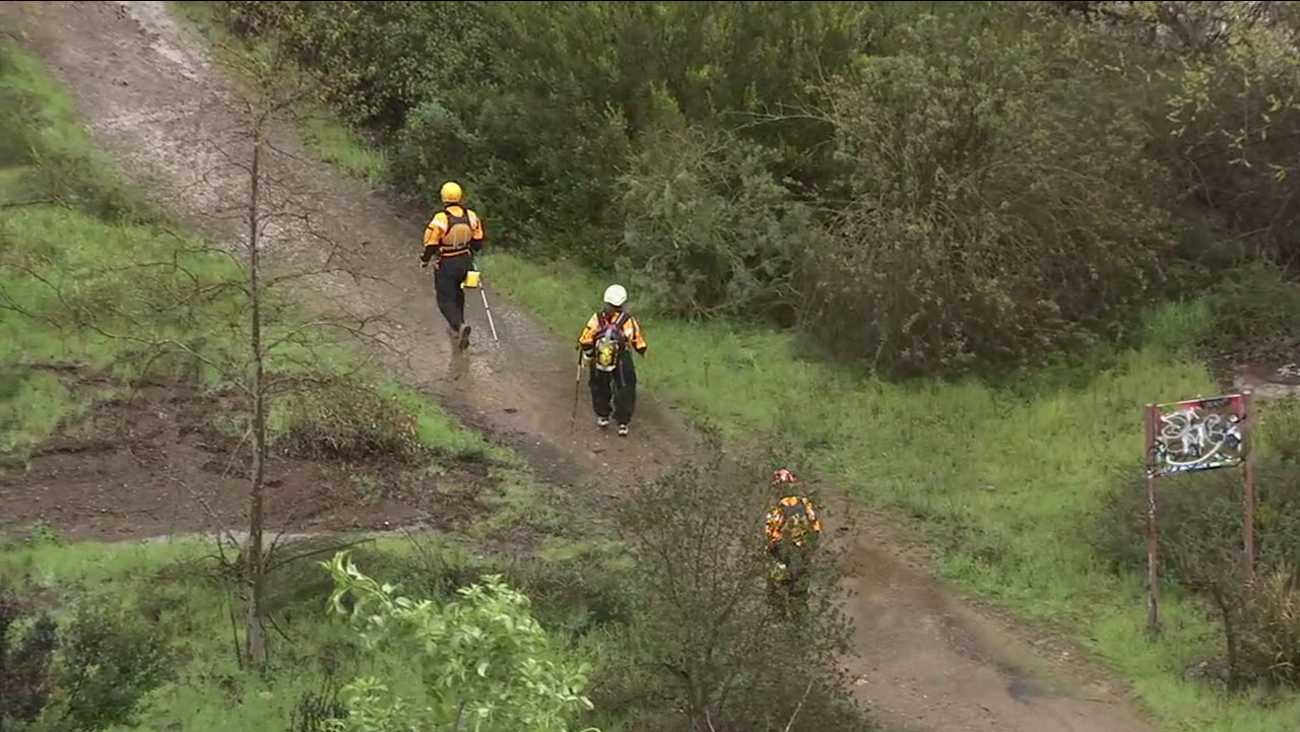 Rescue crews searched the Arroyo Conejo Creek in Newbury Park Saturday, Feb. 18, 2017, for a missing man who was swept away by fast-moving creek waters. (KABC)

NEWBURY PARK, THOUSAND OAKS (KABC) -- The body of a young man was found Saturday morning after he and three others were all swept away by rushing water along a narrow river gorge in Newbury Park the day before.

The four men were walking along the gorge, west of the 1200 block of Camino Dos Rios, around 2:30 p.m. Friday when they were overcome by the waters.

Thousand Oaks police and Ventura County sheriff's deputies responded to the location after receiving reports of people stranded on high ground in the area.

A swift water rescue team saved the three men stranded on the piece of land, and they informed them that a fourth man had been overpowered by swift water.

The three men rescued were between 28 and 38 years old, authorities said. The dead man was in his 20s.

His mother arrived Saturday morning while rescue crews used ground and air crews to search for him.

His body was found shortly before 8:30 a.m. in a remote area of the creek. His identity was not released.

The trailheads around the creek were closed as police fear more people could be swept away by the rising waters.
Related topics:
newbury parkventura countywater rescuesearch and rescuehikingbody found
Copyright © 2021 KABC-TV. All Rights Reserved.
More Videos
From CNN Newsource affiliates
TOP STORIES