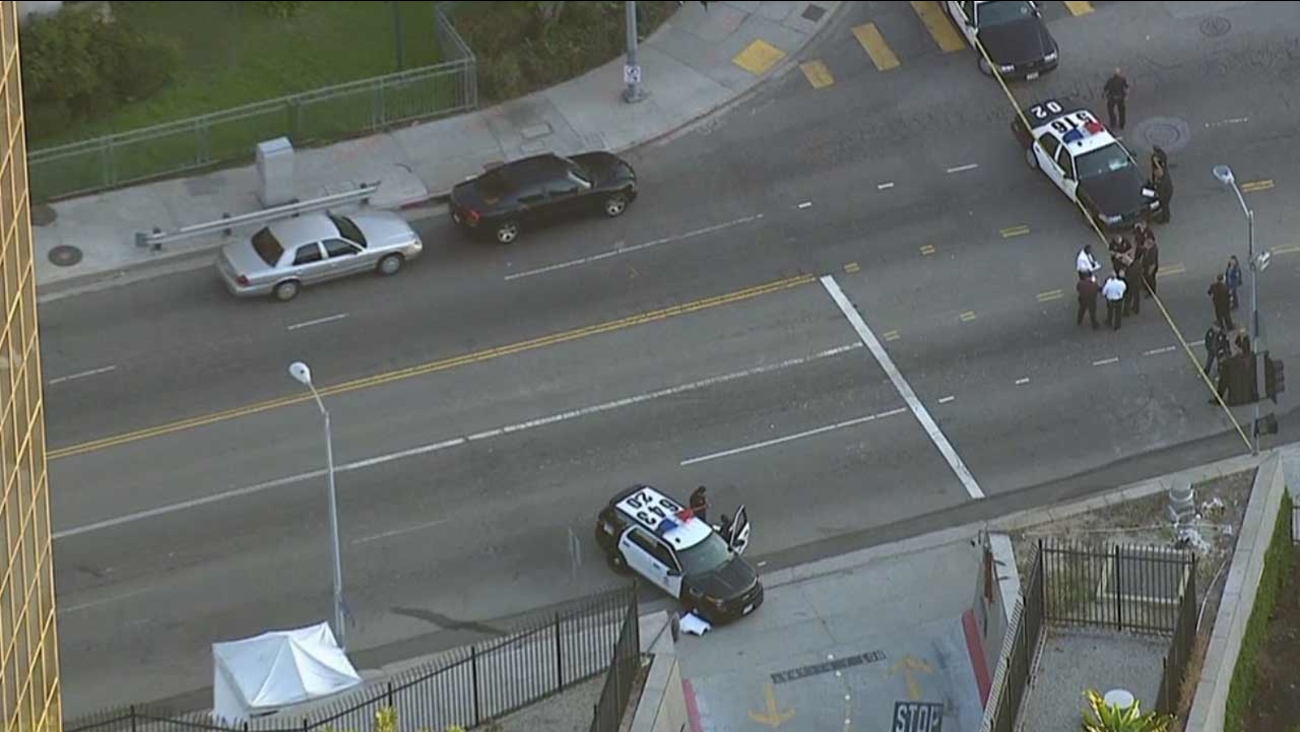 The shooting occurred near the intersection of W. 6th Street and S. Lafayette Park shortly after 5 a.m. The unidentified victim was pronounced dead at the scene.

Police say the suspect fled on foot, and then stole a bicycle at gunpoint and continued his escape. The suspect was arrested near W. Fifth Street and S. Virgil Avenue.

He was armed with a handgun which was believed to be the weapon used in the killing, police said. The motive for the shooting remains unclear.