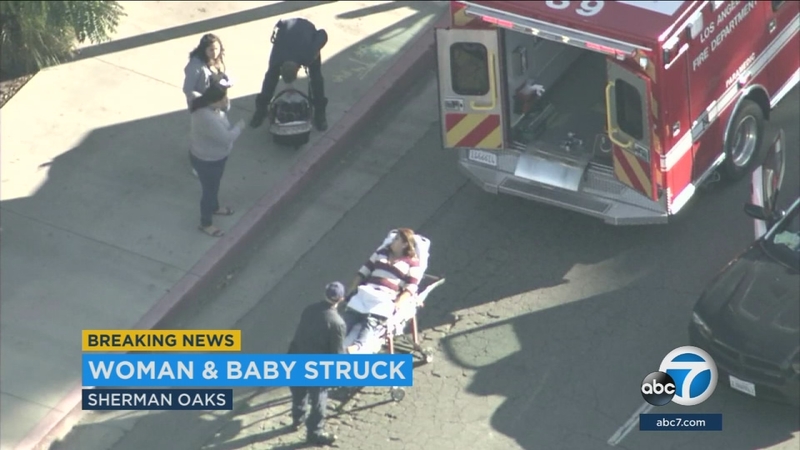 SHERMAN OAKS, LOS ANGELES (KABC) -- A suspect fleeing from police crashed into a car carrying a mother and her child in Sherman Oaks Monday.

The crash occurred at Hazeltine Avenue and Riverside Drive near the Fashion Square Mall. The toddler was not hurt in the crash, but the mother was taken to a local hospital to be looked over as a precaution.

The suspect was taken into custody after fleeing from a Los Angeles Police Department motorcycle officer around 2 p.m. He hit a pick-up truck with five people inside, including the toddler.

Investigators said the officer initially tried to stop the suspect who was speeding down Riverside Drive in a blue Honda Civic, but he took off.

"When the cycle officer arrived at the scene a short time later, (the officer) learned that the suspect had collided trying to negotiate a turn. His vehicle became disabled and he was subsequently taken into custody," LAPD Sgt. Sandy Kline said.