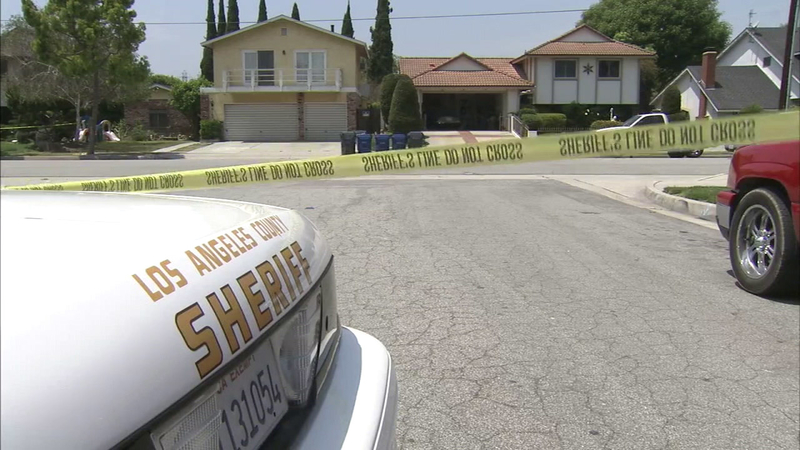 LAKEWOOD, Calif. (KABC) -- Authorities are investigating after a man was found dead at a Lakewood home early Wednesday morning.

Los Angeles County sheriff's deputies responded to the 6200 block of Carpintero Avenue around 3:30 a.m. after a male resident called 911 and said the victim wasn't breathing.

When deputies arrived, the man was found unresponsive and pronounced dead at the scene.

Authorities said three men were inside the house at the time. One of the men lives there with his elderly mother.

He told authorities he witnessed one of the other men in the home strangle the victim.

"All we have to go by is the witness who's telling us that a third person was there, strangled our victim," Det. Steve Jauch with the Los Angeles County Sheriff's Department said.

He then dropped off the suspect at another location. It was unclear at what point the witness realized the victim wasn't breathing.

"He indicated to deputies that someone attacked the victim and that he took the suspect away from the location and returned back," Jauch explained. "Ultimately the fire department arrived, tried to revive our victim, and unfortunately, he was pronounced dead at the scene."

The resident was cooperating with police and was taken to the sheriff's station for questioning. No arrests have been made, authorities said.

The victim, who has not been identified, was a resident of Hawaiian Gardens, according to authorities.

The relationship between the three men was unclear, including why and where the resident drove the suspect. No further information was immediately available.