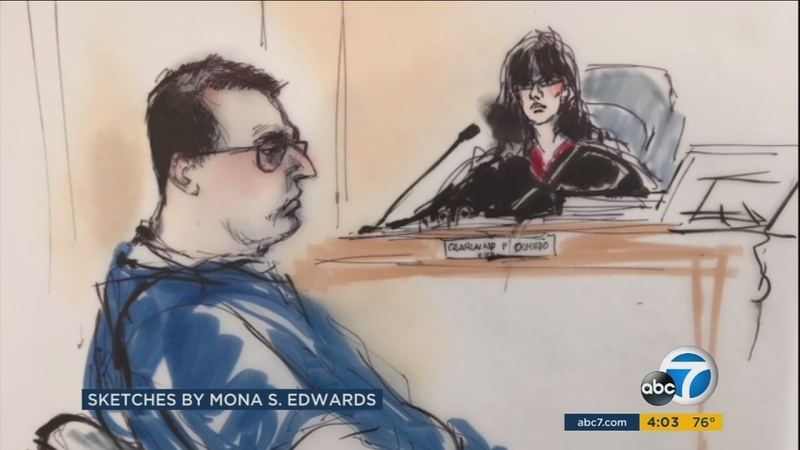 Man in 2010 Valley Village restaurant shooting gets life in prison

VALLEY VILLAGE, LOS ANGELES (KABC) -- A man who opened fire six years ago at a Valley Village restaurant, killing four people, was sentenced to life in prison on Tuesday.

Calculated, callous, extremely violent and unprovoked is how the judge described the April 2010 attack by Nerses Galstyan on six of his friends and acquaintances.

She sentenced him to life in prison without the possibility of parole, saying nothing in the defendant's actions showed he was afraid of the victims -- as he claimed during the trial, citing self-defense.

The defendant said he was planning to appeal the sentence.

Galstyan was convicted of sending a volley of 50 rounds into a Mediterranean restaurant in Valley Village during a memorial gathering.

He was sitting at a table with the victims when he got into a dispute with several acquaintances. He then left the restaurant, got a gun from his car, walked back in and opened fire.

He shot one of his victims 10 times, striking him in the chest and the back of the head execution style.

Two of the victims' mothers read victim impact statements. One hardly held back tears as she said "there is no greater pain in the world than a child's death, especially when there was no reason to kill my son."

She said her tears haven't stopped flowing even after six years, and she will never get over her son's death.

Though the sentence does not bring back any of the victims or stop the pain for any of the families, many loved ones of the victims said it does bring them closure.
Related topics:
valley villagelos angelessentencingmass shootingshooting
Copyright © 2021 KABC-TV. All Rights Reserved.
TOP STORIES
LAUSD to require COVID-19 testing for all students, staff
CDC document warns Delta variant spreads as easily as chickenpox
Garcetti signs plan to restrict homeless camps
Lakers to acquire Russell Westbrook, ESPN reports
Man beaten outside NoHo hookah lounge says attack was a hate crime
Great Park dropping reference to Orange County in its name
Dodgers finalizing deal to acquire Scherzer, Turner
Show More
TSA teaching airline workers to defend themselves
Mother, infant ejected from vehicle in Torrance crash
Video: Fight breaks out on 60 Freeway in Ontario after crash
How to convince someone to get the COVID-19 vaccine
Downtown LA venues welcoming back concert fans
More TOP STORIES News